Save Money, Save Lives: An Analysis of the Fiscal Impact of the HALT Solitary Confinement Act

In New York State, a majority of state lawmakers support passage of the Humane Alternatives to Long-Term (HALT) Solitary Confinement Act (S.1623/A.2500), to restrict the use of solitary confinement in prisons and jails in line with international human rights standards. Several local legislatures have endorsed the bill, including the Erie County Legislature.

Governor Cuomo has stated that enacting the HALT Act would cost New York State and local municipalities large amounts of money, without providing details on those costs. In “Save Money, Save Lives,” Partnership for the Public Good provides a fiscal analysis of the potential impact of the HALT Act which reveals that the opposite is true. Implementing the HALT Act can save New York State and local governments an estimated $132 million dollars annually, or $1.3 billion dollars over 10 years. 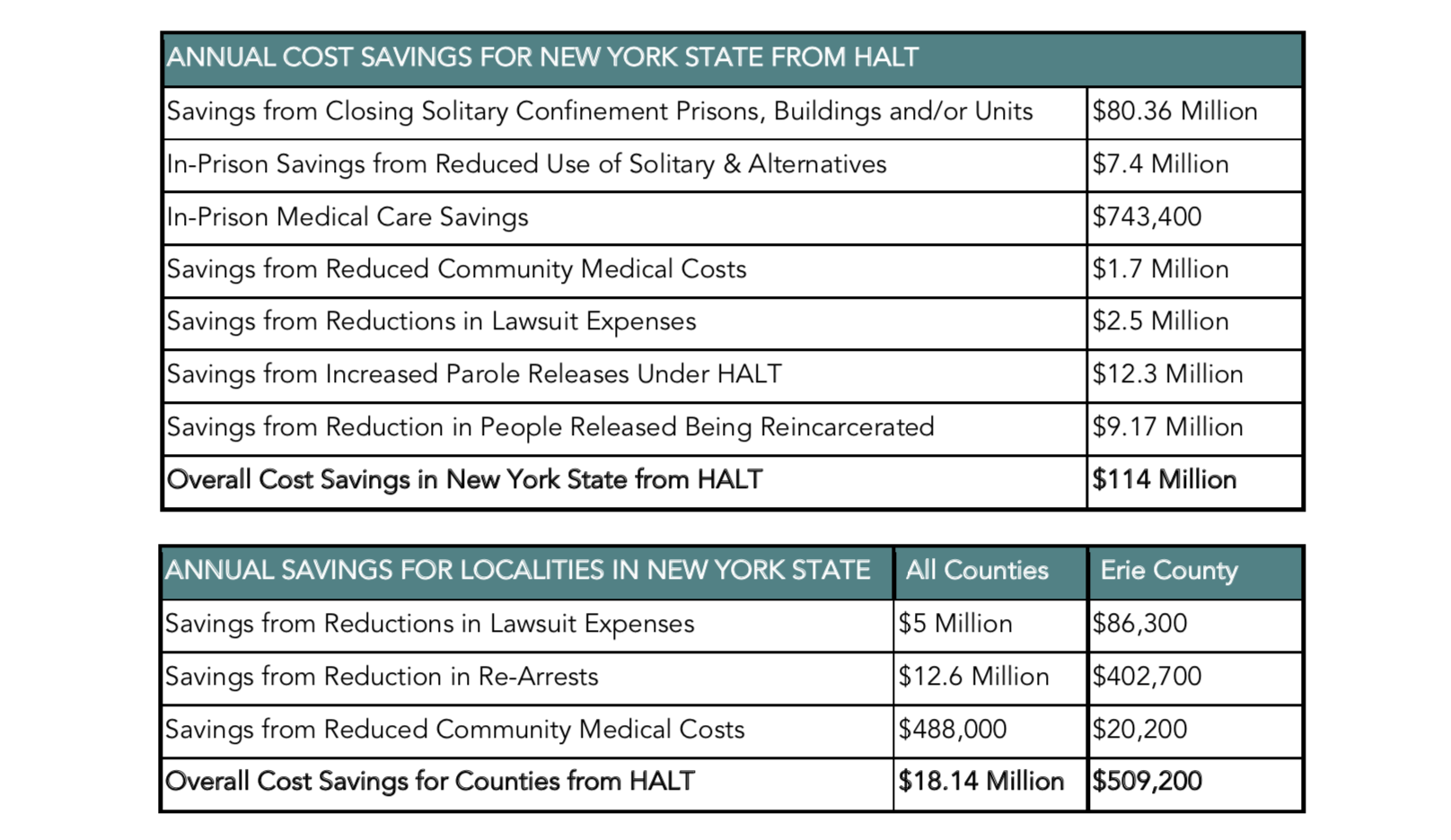 People in prisons and jails are people, family members, and community members — they are not simply dollars and cents. Regardless of the fiscal impact, solitary confinement has long been recognized as torture and it should be ended. That said, the fiscal savings are yet another reason for New York State to act now and pass the HALT Solitary Confinement Act, particularly when the state is facing a multi-billion dollar budget shortfall.