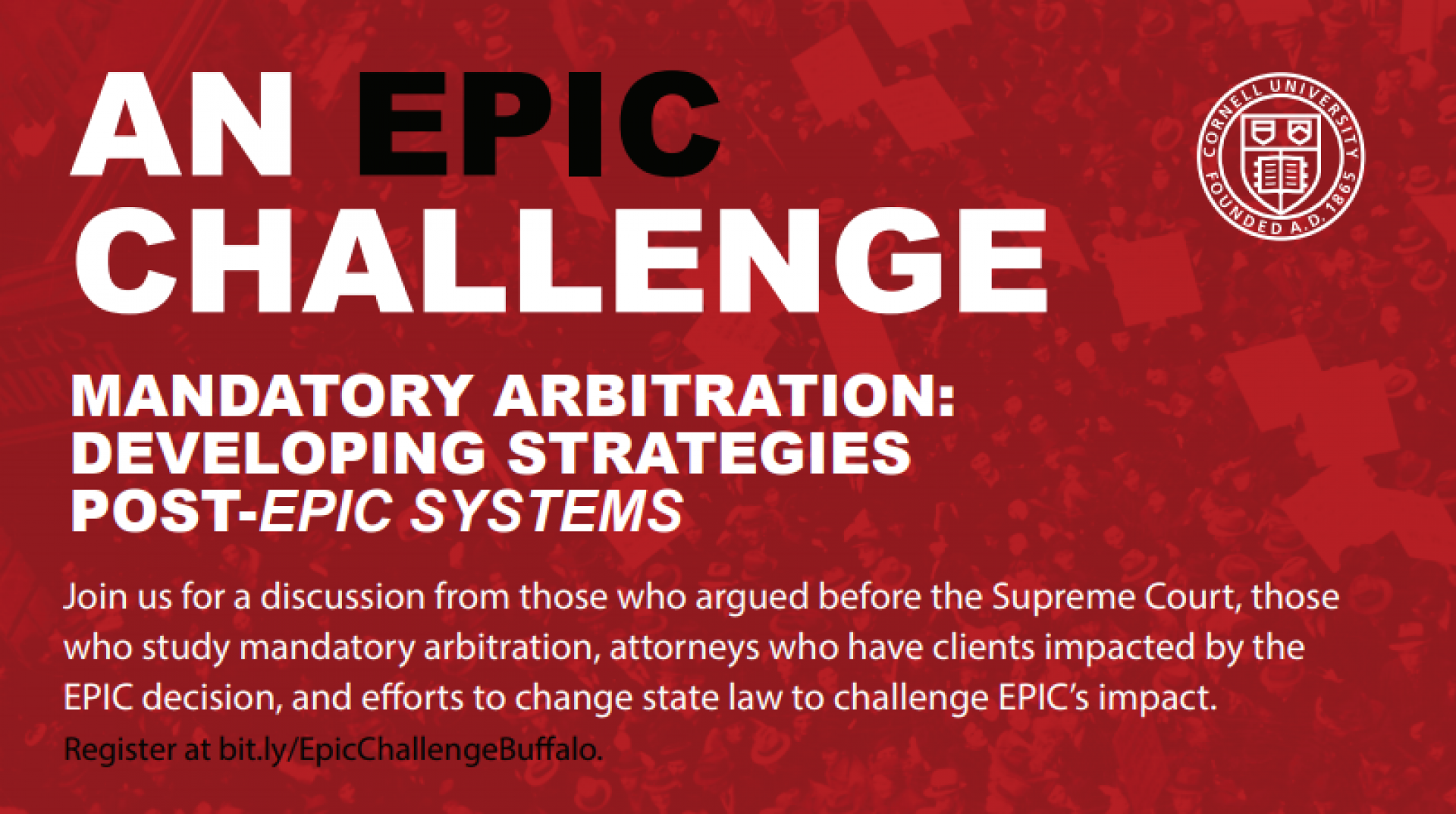 Join us for a discussion from leading experts in EPIC's impact.

Author of The Growing Use of Mandatory Arbitration

Former General Counsel of the NLRB, arguing against mandatory arbitration before the US Supreme Court

Partnership for the Public Good

with program support from NLRB