Digging Deeper, The History of the West Valley Nuclear Waste Site PART 2 and Action Needed in 2021 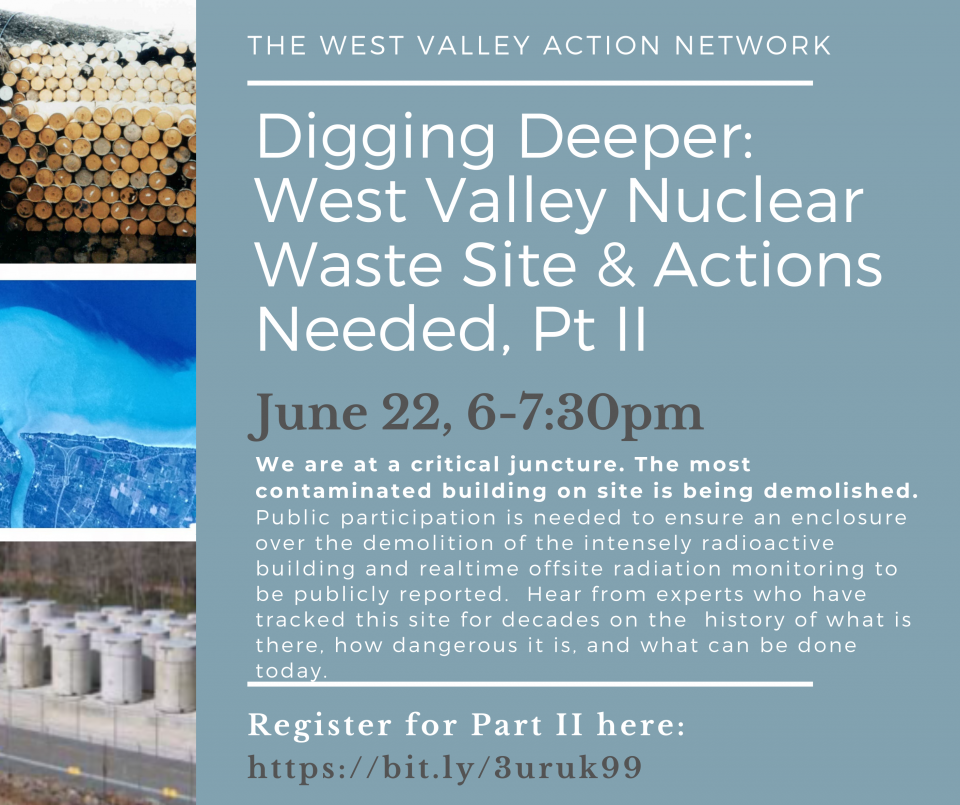 The first two programs in the series will give the history of what's there, what was done, how dangerous it is from experts who have tracked the site for decades.

Join the West Valley Action Network in a 6 month series of ZOOM meetings to learn about one of the most radioactive waste sites in the country, here in Western NY.

Joanne Hameister, BS Mathematics, is retired from a 45 year career as a Research Analyst in various fields of pharmacy, aerospace engineering, operations, advanced designs.  She is a long time member of the League of Women Voters (LWV) and was introduced to the issues at West Valley Nuclear Facility with appointment to the LWV chair on New York State Program Committee.  She has been a member of the Coalition on West Valley Nuclear Wastes steering committee since 1982.  In 1991 was tapped by Governor Cuomo to NYS Low Level Radioactive Waste Study Group. She also served on the steering committee that formed the Western New York Land Conservancy and its Board of Directors for 10 years.  She founded the WNY Gluten-Free Diet Support in 1988, served as its chair for 20 years and a term on the Celiac Sprue national governing board.