#716PlayFair - the importance of Community Benefits: Kathryn Franco and Steve Halpern on The Public Good 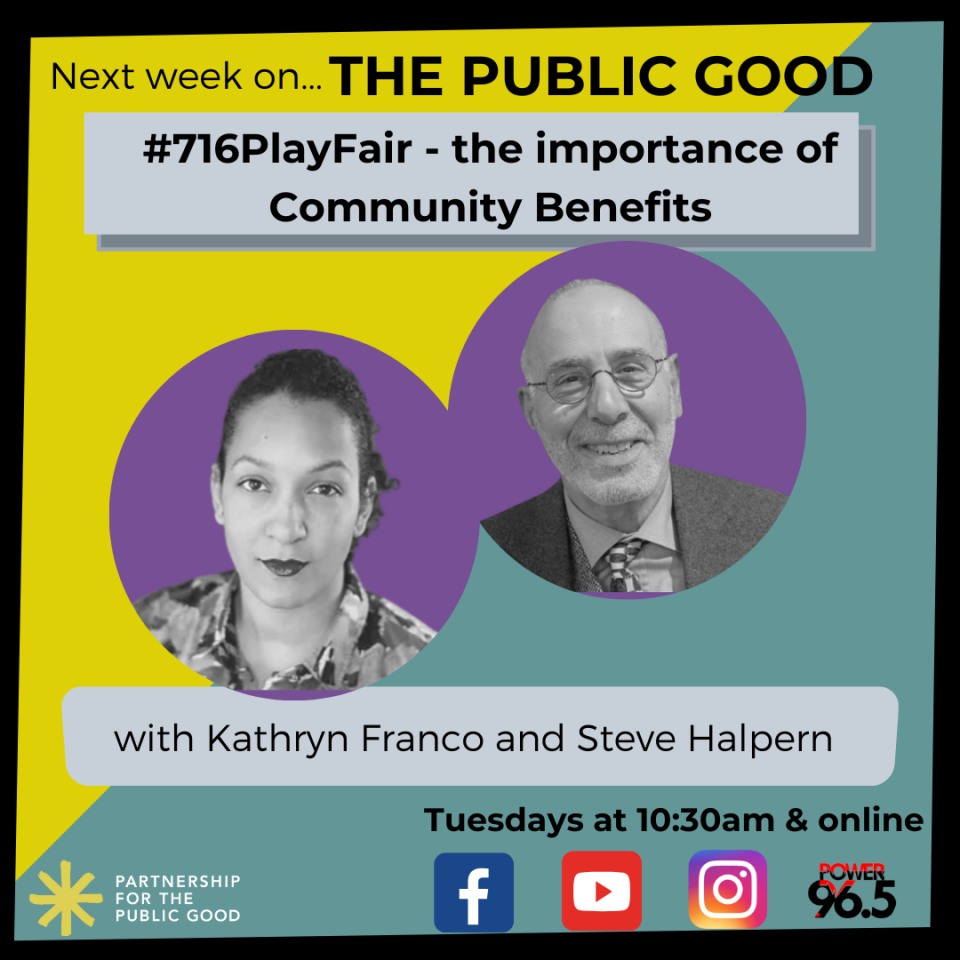 This week on The Public Good, we're replaying an episode from April. Our guests are Kathryn Franco and Steve Halpern of the Buffalo Niagara Community Reinvestment Coalition.

Recently, the deadline for the Bills stadium deal has been extended. Part of this deal should include a Community Benefits Agreement (CBA). The new stadium will be funded largely with taxpayer dollars in the largest tax-funded stadium project in American history. Part of the deal should include a commitment by the Pegulas to Western New York to address community needs, particularly in communities that have traditionally experienced divestment.

Listen to Kathryn and Steve as they go over what a CBA is, why they're important, and what the community is looking for out of a CBA attached to the upcoming stadium deal.

Learn more about the #716PlayFair campaign.