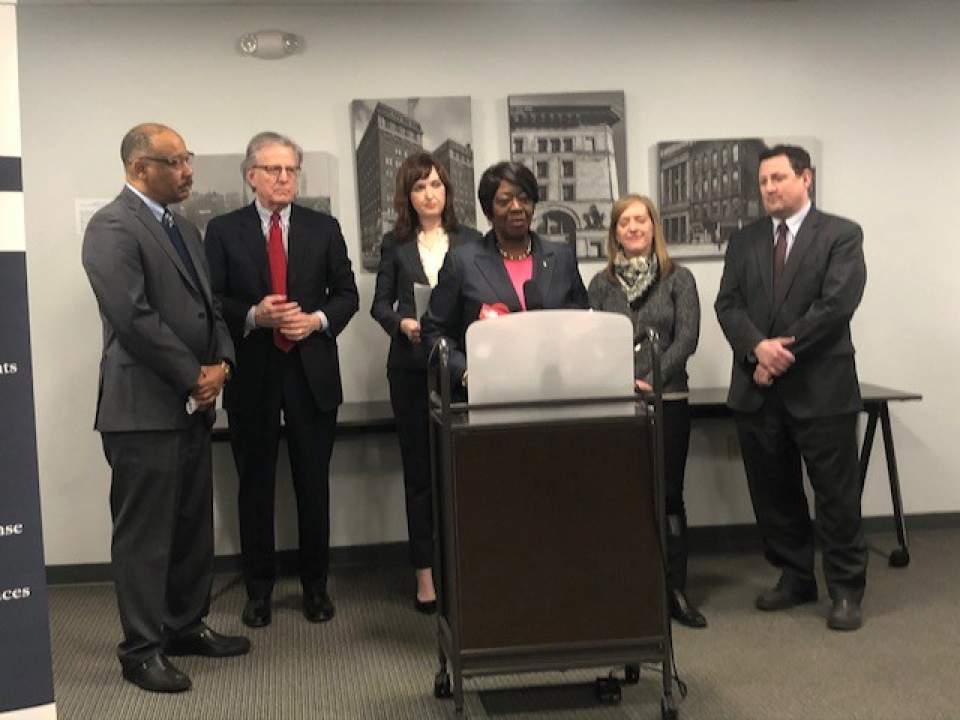 People-Stokes joined other members of the legal community Friday in downtown Buffalo at the Legal Aid Bureau to speak out against opposition to the law. Legal Aid, attorneys John Elmore, Terry Connors, Kevin Stadelmaier, Rebecca Town and the Partnership for the Public Good attended the news conference.

There has been plenty of opposition to the new controversial bail reform law.

People-stokes and the legal members support this new law and explained why it provides equity for those who have not committed crimes of violence.

The law eliminates cash bail for those charged with misdemeanors and non-violent crimes. It allows suspects to be free until their court appearance.

People-stokes says the law is critical for equal justice. She says it protects the legal presumption of innocence for people accused of lower level crimes that aren’t violent.

People-Stokes and other legal members said it has already reduced the number of people being held before trial in Erie County from more than 1000 to over 400 and it has already saved the county $35 million.

The law still requires cash bail by the courts in certain cases, such as alleged sex crimes or domestic violence and for defendants who consistently fail to appear in court.

“The bail system in the state of New York is broken – it resulted in more injustice than justice – it was clearly a two-tiered system. It was a system where if you had the economic wherewithal you could get out on the street and continue your life, if you didn’t you suffered the penalties,” stated Connors.

Read the full article on the WKBW website here.