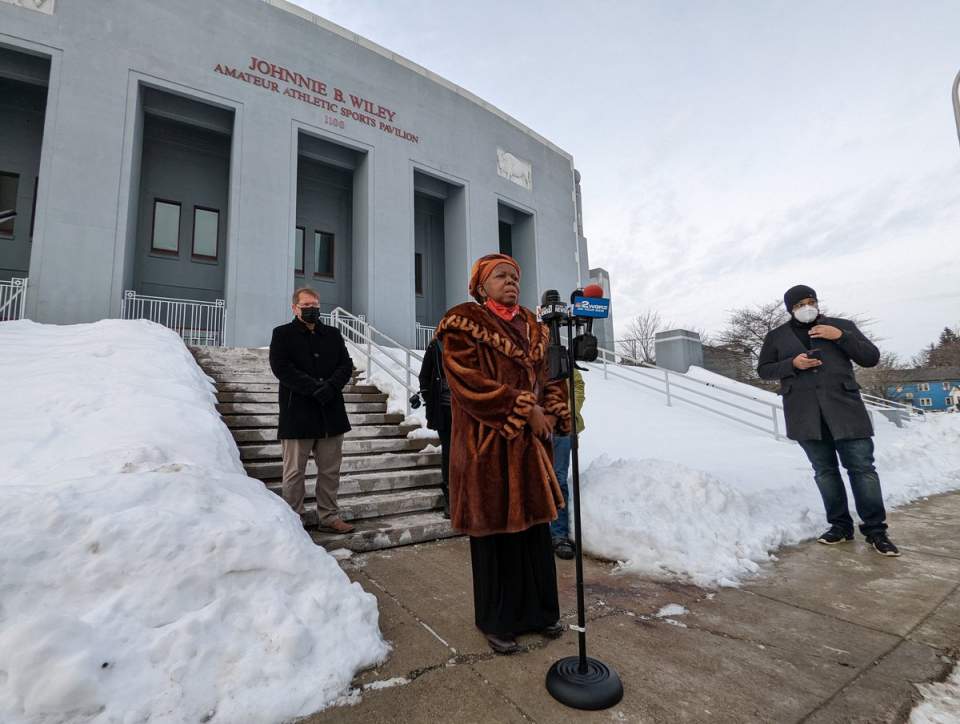 A group of people in Buffalo are calling on lawmakers to include a community benefit agreement in the contract for the new Bills stadium.

The new stadium will be funded by more than $1 billion in taxpayer money. Advocates with Voice Buffalo and the Partnership for the Public Good are pushing for a community benefit agreements that is equitable and long-term.

They are asking for a legally binding contract that will improve transportation, give fair pay to stadium workers and improve public facilities.

"The reason that community benefits agreements are increasing in use all over the country is because voters, taxpayers, have held that a massive expenditure of public money, without any public benefit is fundamentally unjust," Miles Gresham, Partnership for the Public Good, said.

Gresham pointed to a CBA in Los Angeles where the Clippers promised $100 million back to the community with their new stadium. He said the investment led to a new library, a rotating first time homeowners loan, and other improvements.

The group said people should write to their legislators if they have specific provisions they would like to see included in the CBA.