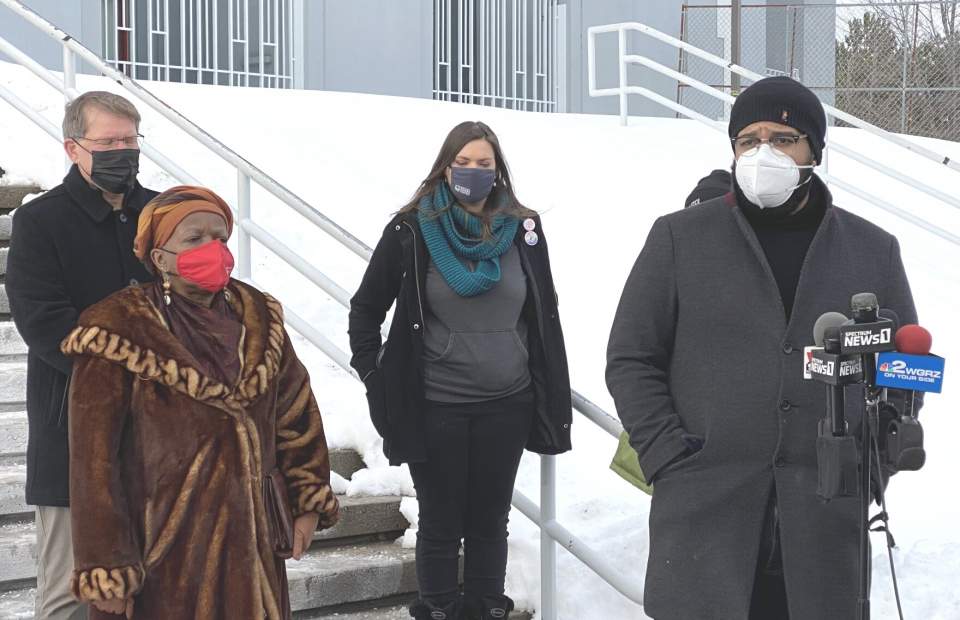 A Community Benefits Agreement, or CBA, attached to a large-scale development project is an agreement that spells out what contributions could come back to the community impacted by the project.

In Erie County, talk of a new football stadium for the Buffalo Bills is at a fever pitch. As negotiations between Erie County, the state and Bills ownership continue, it is estimated in some circles up to $1 billion in taxpayer funds could go towards the construction of the new stadium and community groups insist on a robust and legally binding CBA to ensure residents of Erie County benefit from the stadium project.

But County Legislators will need to get that ball rolling.

Standing with transit, education and health advocates Wednesday morning, Partnership for the Public Good Policy Fellow Miles Gresham said the return on investment for the stadium could have a positive impact across the county.

“Everything from building libraries, building new affordable housing, a revolving fund for first-time homebuyers to access money to pay for homes,” he said. “So all sorts of, you know, real tangible things that would help create economic opportunities, not just in the city of Buffalo, but throughout Erie County.”

Gresham said there has been communication with Erie County Executive Mark Poloncarz and Legislative Chair April Baskin. A statement from the County Executive’s office Wednesday said stadium negotiations are complicated, but it’s the policy of the office to refrain from discussing the negotiations until a conclusion is met.