Bankrate: "How to overcome ‘fear of the fee’ with alternatives to traditional banks" 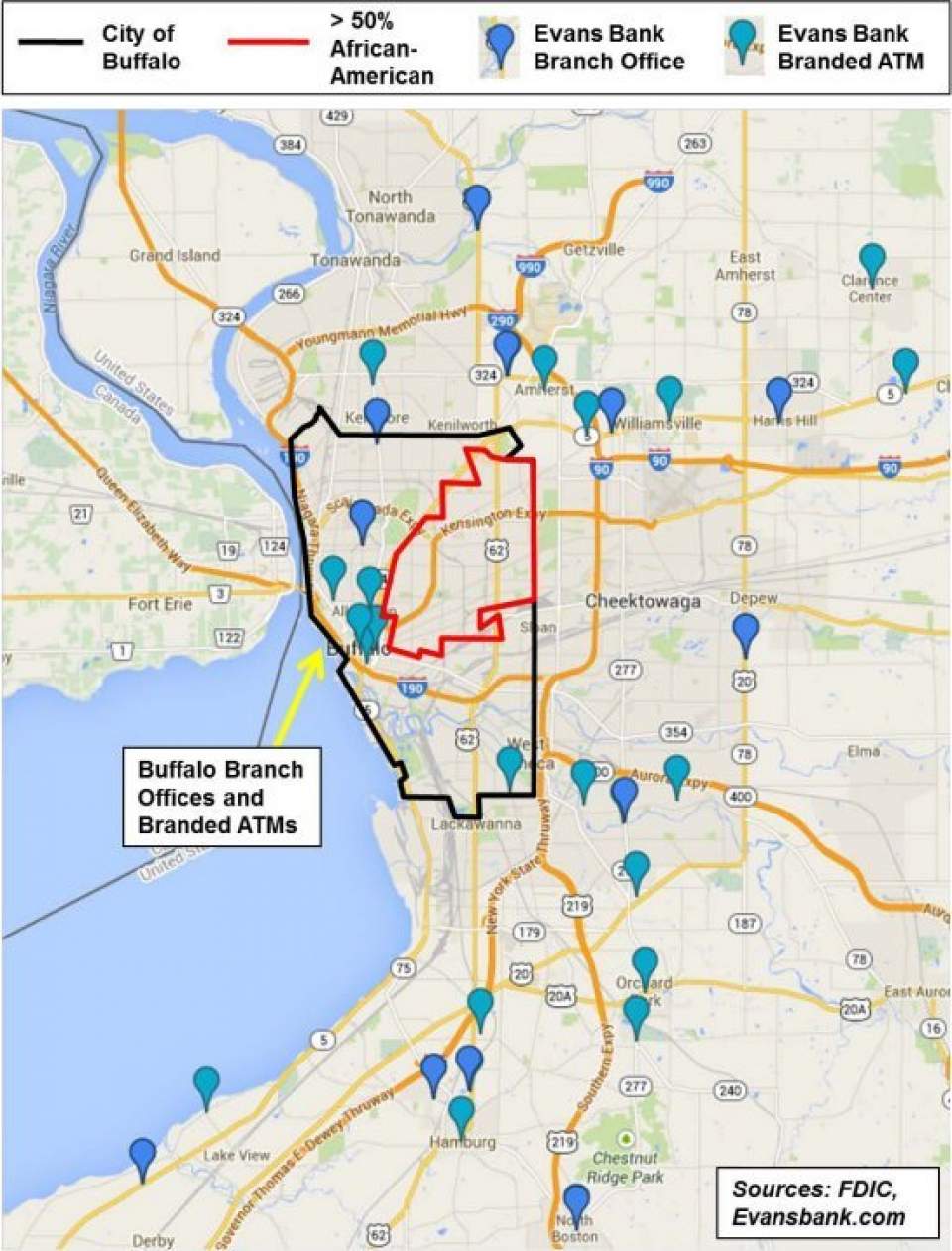 Partnership for the Public Good, a think tank in Buffalo, New York, released research last year on that city’s unbanked population, which is currently ranked in the top 10 most unbanked cities in the nation. The findings illustrate the possible consequences of not using traditional banks.

The 24-year-old law student in Phoenix didn’t have her heart broken; it was her wallet that was damaged. After getting charged for not meeting the minimum balance requirement of her Chase checking account, she opted to part ways with the institution.

As a student, Podlesny struggled to maintain the checking monthly minimum balance of $1,500, Every time her account dipped below the requirement during the month, she was charged $12. She asked the bank to remove the fee but was unsuccessful.

“When there’s the fear of the fee and you have to leave a certain amount in, it’s inconvenient and caused me to pull from my savings more even while I had a balance in the checking,” Podlesny says. “It doesn’t feel right to me.”

Why many people avoid banks

Most consumers keep their cash in a traditional banking product, like a checking or savings account. But keeping money in a bank can be expensive, especially if your income is low or it varies.

A 2018 Bankrate study found the most common minimum balance to avoid fees on a non-interest checking account was $1,500. Additionally, consumers face hefty overdraft fees, which hit an average of $33.23 per incident last year.

For lower-income households, the requirements that banks put on their customers are often just too high. As a result, many low-income Americans who are unbanked, or who don’t have accounts at an insured institution, rely on expensive or less-safe alternatives — and face disadvantages when it comes to building wealth.

In total, 1 out of 4 U.S. households face some type of challenge when accessing the banking industry.

Approximately 8.4 million U.S. households, or 6.5 percent of total households, were unbanked, according to the FDIC’s Survey of Unbanked and Underbanked Households in 2017. An additional 18.7 percent of households were underbanked, meaning they had an account at a bank but also used services outside of the banking system, like money orders or expensive payday loans.

The survey reported that more than half of unbanked households cited not having enough money to meet the required minimums as a factor in not having an account.

In 2015, Americans spent as much as $141 billion in fees and interest on alternative financial services, such as payday loans, to manage their financial lives, according to the Center for Financial Services Innovation.

Challenges of the unbanked

A bank can be a lifeline for consumers when it comes to building wealth and a solid foundation for a healthy financial future.

Partnership for the Public Good, a think tank in Buffalo, New York, released research last year on that city’s unbanked population, which is currently ranked in the top 10 most unbanked cities in the nation. The findings illustrate the possible consequences of not using traditional banks.

For instance, consumers who store their money in their home, instead of in a bank account, leave their financial security vulnerable to natural disasters. One respondent reported their brother losing $900 in cash after his house burned down.

Unbanked consumers also are less likely to have access to credit lines, leaving many of them credit invisible, or not having a credit score at all. This brings even more obstacles to building and maintaining not only wealth, but financial stability.

Aside from providing housing, the Urban Institute found that homeownership is a traditional, stable investment. Over a recent 14-year period, homeownership outperformed stocks and bonds, even for homes sold in 2011, when prices were historically low. It follows that without a credit score, individuals are less likely to have access to mortgages, the main way to finance a home.

How bank fees have grown over time
Banks can’t operate for free, though.

Since 1998, bank fees have continued to grow, according to Bankrate’s checking account survey. ATM fees, for example, have seen an average annual increase of 4.7 percent annually over the past 20 years.

Lower-cost alternatives to brick-and-mortar banks
A host of new fintech companies and offerings from traditional financial institutions promises to lower costs and add convenience for the unbanked and underbanked.

U.S. Bank, one of the largest banks in the country, offers a prepaid debit accountwith online and mobile banking — two traditional banking perks often not included in prepaid accounts. The monthly maintenance fee is $4.95.

In 2018, PayPal announced a new initiative to help those who go without traditional banking services. The company launched no-fee products in effort to “do more to enable underserved consumers to have more control over their financial health,” PayPal said in a statement. These include a no-fee debit card and a wider range of cash deposit locations, including CVS, 7-Eleven and Rite Aid.

Experts say financial products for the unbanked need to consider most individuals may live in communities without internet access. Vments, for example, allows unbanked individuals to exchange digital cash for actual cash without the need of internet or cellphone signal, making it easier for customers to transfer money.

For individuals seeking a banking alternative, it’s important to read the fine print and have an understanding of monthly fees and charges. Local organizations offer support in finding affordable financial services and can be found through this database.

Podlesny now banks with Ally, a financial services platform offering banking, financing and investing products. It’s one of the many online-only banking options that are low-fee and offer high-interest savings products. Now, fee-free banking is her preference for managing her money.

“I don’t think there’s anything an institution with fees provided me that I can’t get at one without them,” Podlesny says.