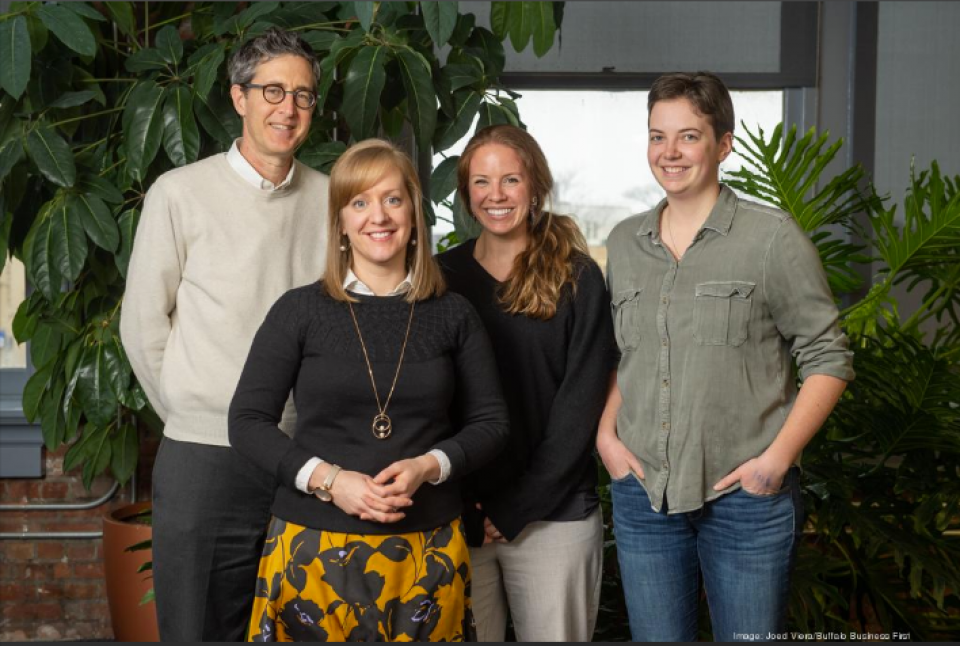 Partnership for the Public Good recently released its annual agenda of issues it will advocate for reform this year, with expansion of voting rights and alternatives to arrest leading the way.

Ten is the lucky number for Partnership for the Public Good.

The nonprofit recently released its 10th straight annual agenda of 10 issues it will research and advocate for reform this year, with expansion of voting rights and alternatives to arrest leading the way.

"This year we’re going to add more public tracking of the process and ask elected officials and even put on paper to us their commitments," said attorney Andrea Ó Súilleabháin, executive director.

By keeping legislators and policymakers on task, she said it should lead to faster reform on issues and help public officials stay more in the know on helpful research.

Reform in how New York voters can cast a ballot came in January. The state approved early voting, pre-registration for 16- and 17-year-olds, an amendment that enables people to register and vote on the same day plus other measures.

“A lot of this looks like it’s going through already,” said Ó Súilleabháin. "We are going to turn to education ... making sure that residents of Buffalo Niagara know when those things are coming online and how to make the most use of them."

To curb arrests, PPG is urging the adoption of two initiatives that have been successful in other cities.

“One is called fix-it ticket, which is something we’ve been working toward for a few years and have some good support on,” she said.

It’s a second chance for individuals arrested for low-level offenses or violations, she said.

“That would give that resident an opportunity to go and correct the violation in question, bring (the citation) back (to police within a designated period of time) and avoid the fine,” she said.

A second means to reducing arrests would be to implement Law Enforcement Assisted Diversion, a program that started in Seattle and has since been adopted by other cities including Albany.

“If a police officer comes into contact with someone and they feel that that contact is driven by mental health, poverty or substance use, they can refer that person into an intensive case-management system rather than arrest them. ... That would reduce arrests and get more sustainable treatment or case options for people,” Ó Súilleabháin said.

PPG wants to see Erie and Niagara counties form a Complete Count Committee for the 2020 census.

“Some of our partners, including some of the local foundations, are really stressing how much the census count matters to state and federal resources for the decade ahead with money coming into Buffalo,” she said.

The committee would help residents learn where and how they can complete the census if they don’t have internet access. It also would identify concerns and barriers to a complete count, develop and implement strategies to dispel misinformation and garner wider support and overcome barriers for traditionally undercounted populations.

“The 2020 census for the first time is going to be almost completely digital,” she said. "That’s a huge change. There’s not going to be paper census takers much at all, so (we need to) make sure residents know they can go to libraries and go to (designated) centers to (fill out the census)."

More on the table

Other issues PPG will advocate for, in order of priority following the above:

Some of the issues already have commitments from public officials, Ó Súilleabháin said. A requirement for issues to be brought to PPG is for the submitting partner, agency or organization to have begun the process of reform to the point where they realize change can be realistic with the right push, she said.

“A lot of these get voted on (as being a priority), but behind almost every one of the these is a working group of multiple community organizations and there’s ongoing work happening for them,” she said.

What has been “cutting across” the spectrum of issues, she said, are requests to reduce fines and money owed that are a burden to people who live below the poverty line.

“A lot of that is really coming back to how many fines and fees are part of the lives of low-income residents; I think more so than in higher-income neighborhoods,” she said. “There’s just this constant application of fines and fees.”

PPG and partners will work to alleviate that, she added, but it will take a collaborative effort.

Read the whole article in the Buffalo Law Journal here.