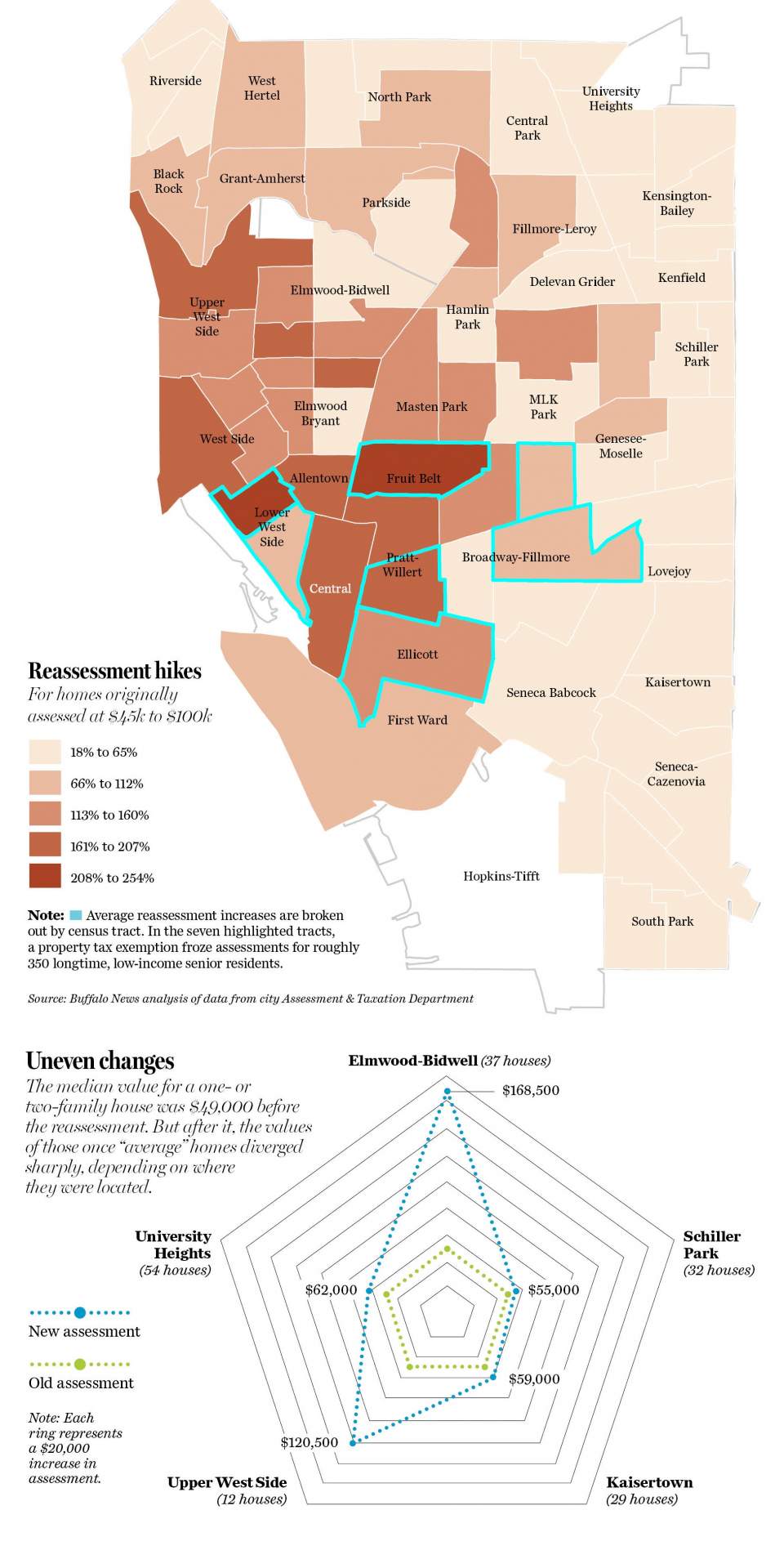 "Real estate in our city has changed drastically in the past few years, and for some homes, assessments have tripled or even quadrupled," said Sarah Wooton, a policy analyst at the Partnership for the Public Good and an organizer with the Buffalo Property Tax Coalition. "This is great news if you’re an investor, but it’s disastrous for low-income homeowners. They’re not going to be able to pay this tax increase, and they’re going to be forced to either sell their homes or face foreclosure."

Residents of a number of neighborhoods saw assessments jump far above the citywide norm, and many say they’ve considered selling their homes to avoid tax delinquency or foreclosure.

John Howell and his wife have begun to wonder where she will live when he is dead.

The 65-year-old retiree has terminal cancer – and since the city reassessed his home late last year, he’s unsure his wife can pay the taxes without him.

Those taxes, on a dated, three-bedroom home south of Forest Lawn, for years totaled roughly $1,000 a year. But this year, following Buffalo’s first true revaluation in almost two decades, they rose to more than $2,500.

“So my wife will have to sell the house and figure something else out,” Howell said.

Like hundreds of other low- and fixed-income homeowners in fast-appreciating neighborhoods, the Howells fear they can't keep pace with the speed or the scale of the reassessment. The project, which concluded in September and will hit city tax bills next July, logged steady growth in most neighborhoods, though some parts of the city saw no real appreciation, and others experienced staggering spikes.

Average assessments spiked most dramatically on the West Side, a Buffalo News analysis of more than 60,000 preliminary assessment records shows. They increased by as much as 272% on the blocks south and west of Symphony Circle, raising property tax bills by hundreds and even thousands of dollars.

Residents of a number of traditionally working-class and mixed-income neighborhoods, including Allentown, the Fruit Belt and Elmwood-Bryant, also saw assessments jump far above the citywide norm, hiking tax bills, escrowed mortgages and rents. Citywide real estate values grew at four times the rate officials predicted in 2015, according to The News’ analysis.

If they do, it could trigger an unprecedented wave of displacement in a city already facing urgent questions about the unintended consequences of redevelopment.