Already ‘a Crisis Before the Pandemic,’ Access to Water Should Be Top Priority 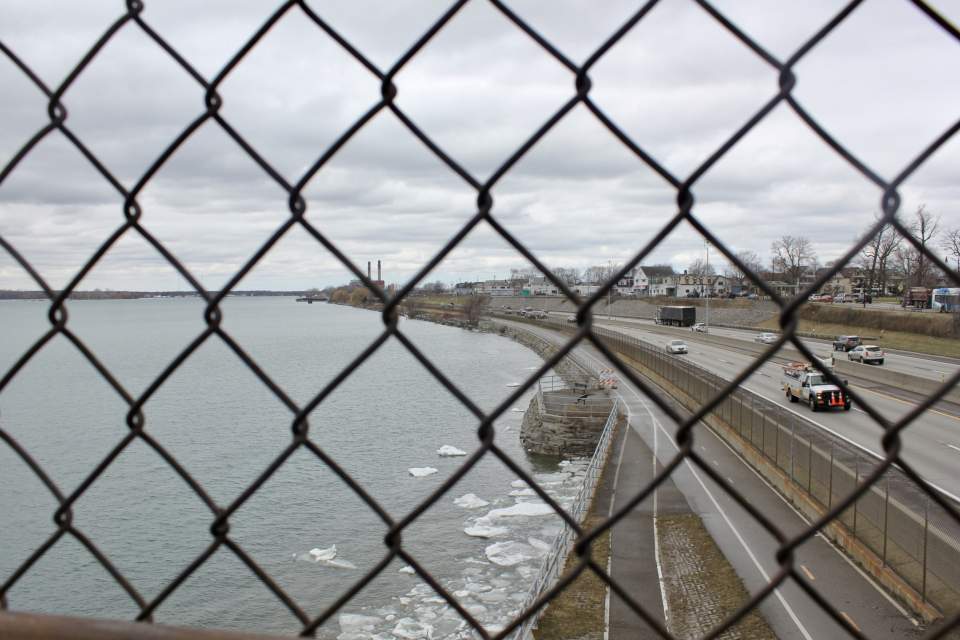 While access to water is increasingly recognized as a basic human right, “access to and affordability of clean, healthy water was a national crisis before the COVID-19 pandemic, including right here in Western New York,” said Rahwa Ghirmatzion, Executive Director of PUSH Buffalo. This powerful observation began an April 2, 2020 virtual press conference hosted by Partnership for the Public Good, PUSH Buffalo, the Center for Elder Law & Justice, the Western New York Law Center, Legal Aid Bureau of Buffalo, and Neighborhood Legal Services.

The purpose of the press conference was simple: urging the City of Buffalo to proactively restore water to potentially hundreds of residents who lacked this essential service at the onset of the COVID-19 pandemic. During the conference, speakers shared a letter they sent to Mayor Byron Brown and Buffalo Water Board Chairman Oluwole “OJ” McFoy. The letter, signed by over 70 local and state-wide community organizations, calls for the City to “aggressively restore water service where it was cut off.

Mike*, a client of Western New York Law Center attorney Stephen Halpern, spoke of the challenges he faced living without water for the last 16 months. A 67-year-old Vietnam War veteran, Mike had to choose between maintaining gas, water, or electricity after a stroke left him jobless for six months in 2017. A former school bus driver, Mike explained, “the only money I had coming in would cover the mortgage and my car insurance. I needed the car to get to the hospital, and I had to buy food. I don’t know how I kept the electric and the gas on. But it was a choice between the three, and the water lost.” For over a year, Mike would flush his toilet using rainwater collected from his leaky roof and cook, bathe, and drink using gallons of water he would buy every week at the grocery store. “Yeah, it was really a thing,” Mike said. “You have to make sure you have enough to make it through the week. You guestimate and hope you guess right.”

Mike was able to get his water restored when the City announced it would turn water back on for customers free of charge due to the ongoing crisis. But Mike was told about this emergency policy and helped through the process by the Western New York Law Center. Other city residents, who are not connected to legal services or community groups, may not yet know that they can call to have their water turned back on.

The organizations’ letter offers six practical steps the City and the Water Board can take immediately to “show us the City of Buffalo is taking this lack of water seriously and that it’s a top priority,” said Andrea Ó Súilleabháin, Executive Director of Partnership for the Public Good. The steps include actions for more effective communication and outreach and actions to proactively restore service, including:

The group maintains these steps are within reach during this state of emergency. Proactive service restoration is fundamental to a public entity providing an essential service, particularly during a time of crisis. As Stephen Halpern put it, “…city officials have the opportunity and responsibility to protect our most vulnerable residents. They squandered that opportunity. They failed to meet that responsibility.”

The COVID-19 crisis is revealing the inequalities in water access that were already present in Buffalo. During the press conference, advocates expressed concern that water access and affordability challenges will continue once the worst of the crisis is over. As Ghirmatzion described, “People are already in crisis, so when you have an actual crisis like this pandemic, everything becomes exacerbated.”

The group will continue to explore ways to make water more affordable for residents; an example from other cities includes debt forgiveness where everyone is offered a clean slate so they can regain access to this essential service. As Quinn said, “if someone were to fall behind on their bill after some financial hardship, the system is really designed to fail for them. How are they going to get caught up on their bill now with added interest, penalties, and fees? It’s just not possible.”

For now, Buffalo Water needs to take these proactive measures to help Buffalo residents still living without water. The number of people to be reached is great. From January 2015 to March 2019, water was shut off in over 17,000 instances. At this time last year – January, February, and March 2019 – there were between 200 and 350 shutoffs each month, around half of which were in homes occupied at the time. The groups urged the City to use the critical information it has—the residents’ addresses and phone numbers where it turned off water in occupied homes—to take quick action to reach people and restore their water.

“This crisis is holding up a magnifying glass to the structural inequalities and the problems in our system that have been around for a long time,” Ó Súilleabháin said. “In this moment, we’re most concerned with folks who are not reached by service organizations like the WNY Law Center or the Center for Elder Law and Justice. That’s why we’d like to see the City use the information that only they have to reach these residents.”

As for Mike, he’s grateful to have his water back on, at least for now. “Oh, the shower felt so good,” he said. “A real shower…it’s so different.”

To read the letter to the City of Buffalo and Buffalo Water signed by over 70 partners, click here.

If your organization would like to sign on to be a supporter or for more information, email info@ppgbuffalo.org.

*Mike’s last name was omitted to protect his privacy.