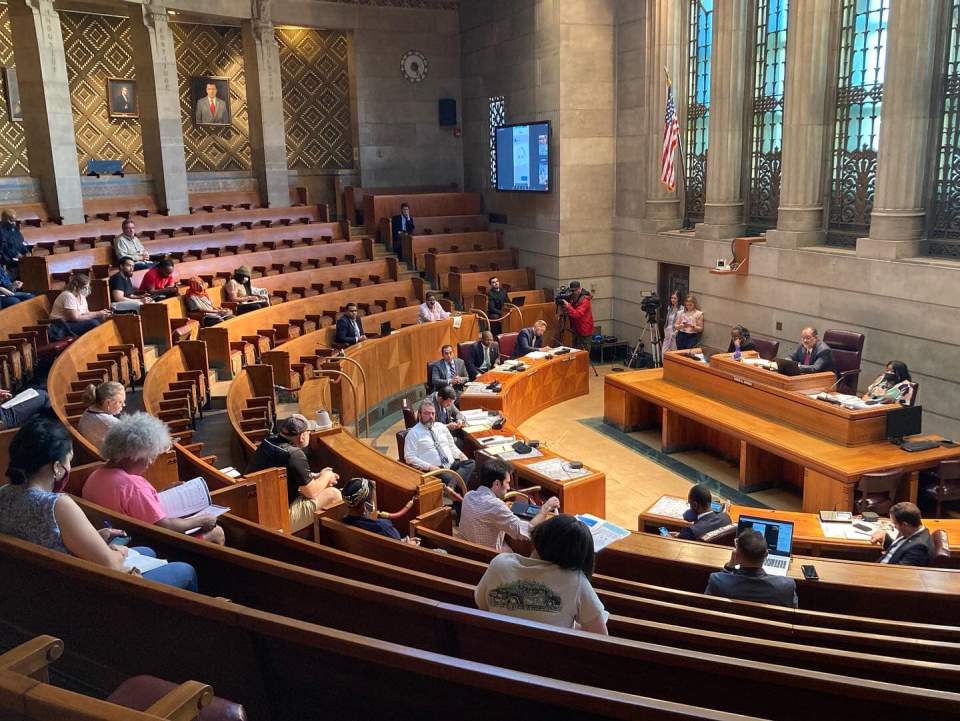 A line of Buffalo neighbors shared their criticisms of Mayor Byron Brown's proposed budget Tuesday evening, during a public hearing held by the Common Council.

Herbert and several other residents flogged the Mayor for going back on comments he made during his mayoral campaign. Back then, Brown criticized his opponent India Walton for suggesting a lower tax increase than what he has now proposed.

The property tax increase would amount to about $60 more for Buffalo homeowners.

Opposition to a proposed Buffalo Police budget increase also garnered a lot of attention. Many speakers argued that a more than $5 million boost for officers could be better spent on harm reduction and child family services.

"I am concerned about this year's Buffalo City budget, that the Buffalo Police Department is slated to receive a $5.4 million dollar increase no other city department's budget is increasing at this rate," stated a Niagara District Resident.

Related to police, the Mayor's budget proposes spending around $360,000 a year to bring 'ShotSpotter' technology to Buffalo. This technology detects what it thinks to be gunshots and immediately notifies nearby police officers after an incident. Cities like Syracuse and Chicago currently utilize 'ShotSpotter' but there are differing opinions on its effectiveness and whether it leads to quicker response times.

"Things like 'ShotSpotter' are going to do nothing but impose a digital confirmation bias on certain areas of the city," Miles Gresham, an attorney and member of The Partnership for the Public Good said. The Partnership for Public Good is a self-described, community-based think tank that builds a more just, sustainable, and culturally vibrant Buffalo Niagara through action-oriented research, policy development, and citizen engagement.

"I love this city so much that I totally support increasing our taxes even though it is quite a departure from the tone that Mayor Brown took during the election when he disparaged a smaller increase, but I support taxes being increased if they got to actually supporting our community," said Lower West Side resident Heather G.

The Buffalo Common Council is set to host several budget workshops as they further work through budget items during the negotiation process. The first workshop is Monday, May 16 at 10:00 a.m. in room 1417 of City Hall.