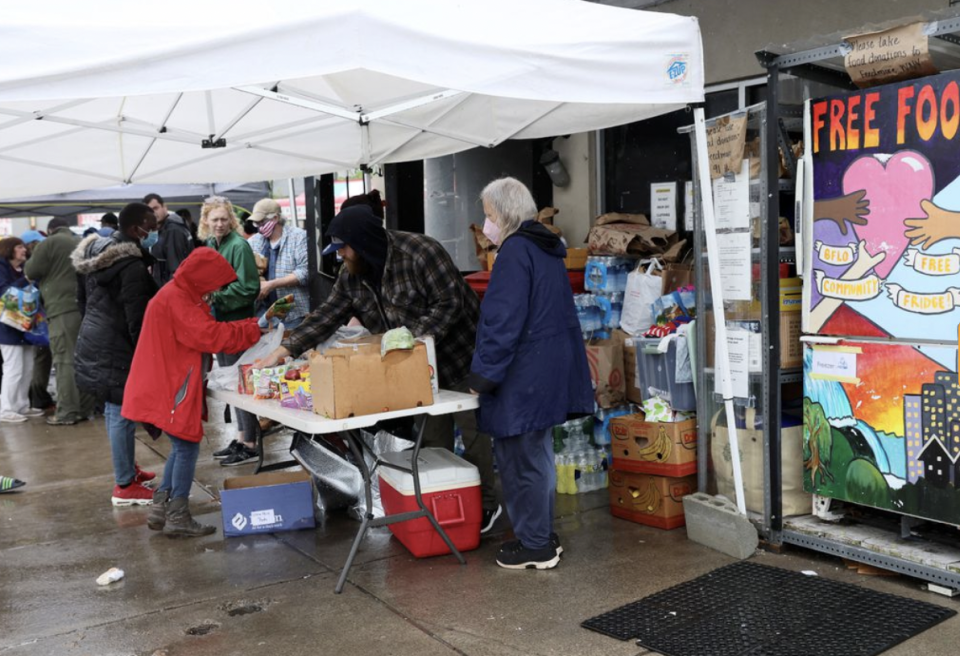 For many people in the neighborhood, the Tops Friendly Market was an answer to prayers when it opened for business 19 years ago, providing an oasis of fresh groceries at affordable prices in the middle of an area long considered a "food desert."

Before Tops came, residents of the blocks around Jefferson Avenue in east-central Buffalo, New York - most of them Black people - had to travel for miles to find the kind of supermarket that suburban America takes for granted.

Birthday cake, salad fixings and a prescription refill? It was one-stop shopping for people once unaccustomed to such convenience.

In the years since it opened, the store became a focal point for the tight-knit community, according to many residents. It was just down the street, welcoming, a place to bump into old friends and make new ones.

All of that abruptly ended on Saturday afternoon when a teenager, motivated by racist ideology, carried out a well-planned attack designed to shoot and kill as many Black people as he could, according to law enforcement authorities. read more

The suspect chose Tops precisely because it was that focal point that Black residents of the community describe, officials said.

"We needed it because we were traveling away from our area to go grocery shopping and buy our items, things that we needed. So it means a whole lot to us, and now it's just been ripped away from us," said Yvonda King, a hair stylist who lives down the street from the store.

The U.S. Department of Agriculture uses the term 'food desert' to describe areas with limited supplies of fresh, affordable foods. An estimated 54.4 million Americans - 17.7% of the population - live in food deserts, according to the USDA.

Not everyone living in food deserts is Black, but studies have shown that even when poverty levels are similar, Black neighborhoods have fewer supermarkets than other areas.

The near-dearth of supermarkets in the east side of Buffalo highlights a de facto racial divide that persists in the city, the second largest in New York state.

According to a 2018 report, about 85% of residents who identify as Black live east of Main Street, the north-south thoroughfare that separates the east and west sides of Buffalo.

Where you live in Buffalo not only dictates your access to healthy food but also quality jobs, good schools and decent housing, the report by Partnership for the Public Good, a community-based think tank, concluded.

In a small way, Tops filled some of the void. Now, to many Black residents, the store has become a painful reminder that racism, even in its most violent form, is an everyday reality.

"I go to the Tops every day and I just didn't that day," said Christina Hanesworth, 38, a client relations specialist in Buffalo. "I think about if I would have left my two kids at home to get some milk and never made it back."

Tops, headquartered in Williamsville, just outside Buffalo, said it would ensure the community was able to meet their grocery and pharmacy needs by providing a free shuttle service to the closest location, almost 5 miles (8 km) away. Tops and others are opening a temporary food-distribution center a few blocks from the now-closed store, city officials said.

Read the full article on the Reuters website, here.