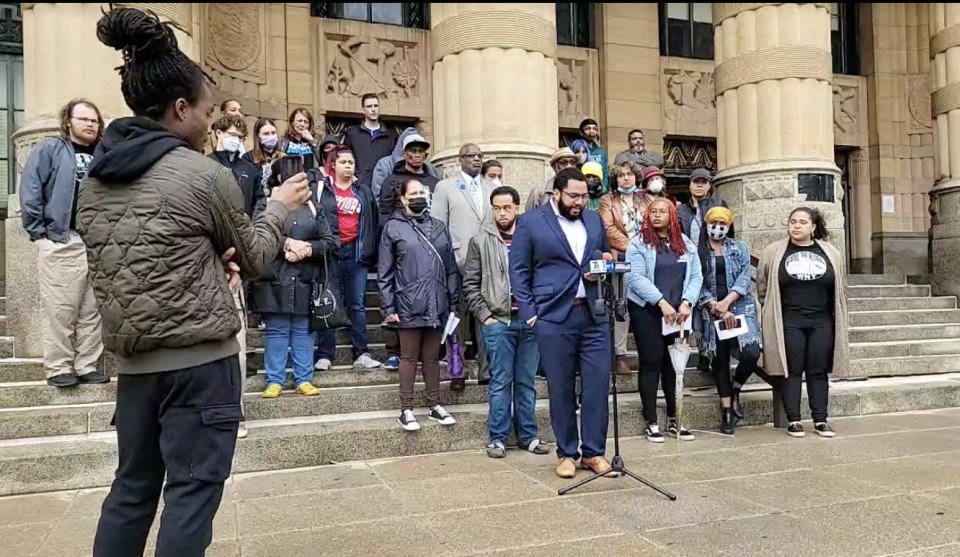 With Saturday's events still so fresh in people's minds, some people want city leaders in Buffalo to pause plans to advance the Mayor's budget proposal.

Thursday's gloomy day accurately depicts how the greater Buffalo community is feeling, as members mourn the loss of 10 people who were ripped away from us.

While the families of who people are now calling "The Jefferson 10" mourn, a large group of advocates are also calling on the city to pause and reflect when it comes to the upcoming budget.

Video of the full call to action can be found here.

"We need to invoke the emergency order for Bryon Brown to pause the budgeting process. That's necessary. Eight days after this tragedy, 8 days after this massacre, our city is supposed to vote on this budget. How does that work," one person said on the steps of City Hall.

The $5.4 million will pay for additional funding for police, which is the highest increase of any department, all while the group said areas like buffalo's east side continue to suffer from the lack of resources.

Partnership for the Public Good policy fellow, Miles Gresham said, "Erie County budgets routinely short changed taxpayers in Buffalo, where most of the county's African American residents live, and the options for affordable housing, outside from the City of Buffalo and Erie County, are abysmal."

"I think the first priority right now is to reopen the current grocery store that exists and that's the intention of the Tops Supermarket. They plan on reopening. The thing that has delayed their ability to reopen is the ongoing police investigation," Mayor Brown said.

While helping with donation efforts at Niagara Square the mayor stated the budget process has operated as intended.

"We've taken extra steps to send budgetary material out to block clubs out to small clergy and others so there's no reason whatsoever to delay the budget," Mayor Brown said.