Buffalo News: "The Editorial Board: An ingrained system of segregation led the Tops shooter to Buffalo’s East Side" 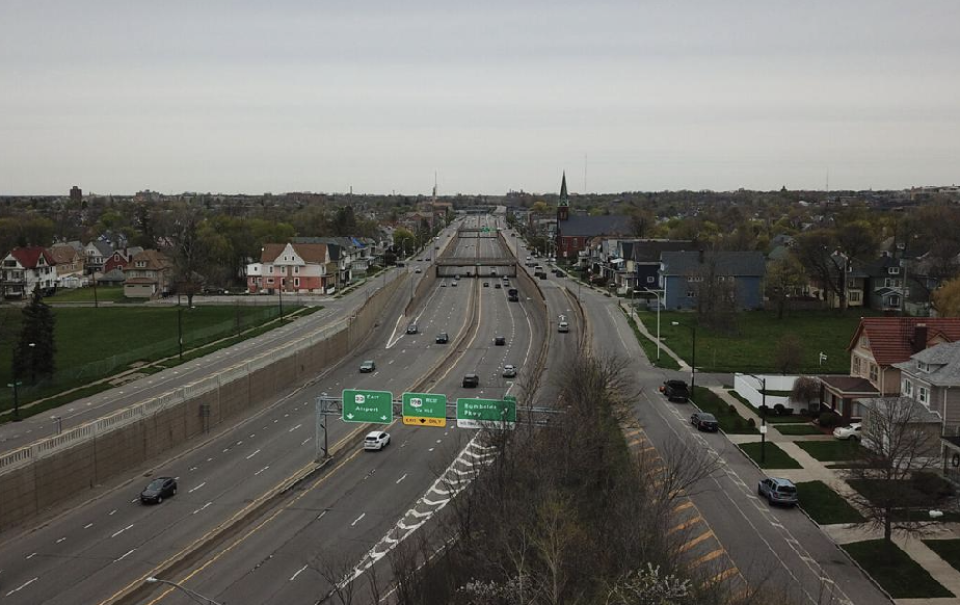 This is the first in a series of editorials.

The cauldron of hate had been brewing for a while, fueled by false notions of “replacement theory.” But long before the shooter stepped foot in that Tops supermarket on May 14, hate had help in the form of decades long racist practices so thoroughly baked into the system that it is taking years to dislodge them.

It’s the main reason the Binghamton-area shooter came to Buffalo rather than some other city. The openly racist 18-year-old wanted a place he was sure to find a high concentration of Black residents. Those were his targets. In the end, he killed 10 people and injured three others. Most were Black.

Racist practices determined where Black people could live. “Redlining” meant those same people couldn’t get mortgage loans. Making matters worse was the failure of government officials of past decades to invest in infrastructure. Then came the knife, cutting the neighborhood in half with the Kensington Expressway so that commuters – mainly white people – could get to work faster, their cars blasting toxic fumes into those neighborhoods along the way.

Homes lost value and neighborhoods started to erode. Determined and proud people still occupy family homes that are well-kept and with immaculate lawns. But their efforts are often stymied by hedge fund landlords who snap up “cheap” housing and fail to maintain the property. Henry Louis Taylor, a professor of urban studies and planning at the University at Buffalo, calls it “predatory actions,” in his definitive work, “The Harder We Run: The State of Black Buffalo in 1990 and the Present.”

Revisited a few years ago, the study observed that “The harder we run, the further we fall behind.”
The study outlined a strategic approach to solving the problems confronting African Americans, with a focus on what Taylor identified as the seven primary issues: residential segregation; underdevelopment of East Side neighborhoods, with seven subcategories; structural joblessness; low wages; limited educational attainment; gentrification; and poor health.

These are the root problems, he said. Focusing on lesser issues will not change the trajectory of the African American community or generate improvements of the lives of people. City leaders have long failed to do that, he said.

In addition, he said, those leaders often, if unwittingly, engaged in activities that made conditions worse. “They never really wrapped their heads around the real challenges that Black people faced on the economic front. So they never really developed any projects and programs that grappled with that. They never seemed to develop or have an interest in resolving many of these issues.”

Part of the reason for that, he said, was that big, citywide issues such as the waterfront and the Buffalo Niagara Medical Campus took precedence. Too often, those priorities did not include the segregated portion of Buffalo, where leaders felt the issues were too complicated to address.

Indeed, Buffalo-Niagara remains one of the most segregated metropolitan regions in the nation, as outlined by the Partnership for the Public Good’s 2018 report, “A City Divided: A Brief History of Segregation in Buffalo.”

The accused shooter reportedly gave serious consideration to other cities within driving distance of his Broome County home, including Rochester and Syracuse, but settled on Buffalo because of the concentration of Blacks that remains in that part of the city. They were easier targets.

The ravages of systems of separate and unequal can be felt at a visceral level in East Side neighborhoods, including the area around the Tops supermarket, which residents lovingly call “Cold Spring.” People who lived in that neighborhood advocated for decades for a grocery store. Mayor Byron W. Brown and Sen. Chuck Schumer lobbied for the store which settled, not by accident, on Jefferson Avenue, once a hub of thriving Black businesses.

The shooting laid bare a host of deep-seated issues surrounding concentration of poverty, from housing to education, that this page will attempt to explore. As others have said, once the out-of-town cameras are gone, those who have been fighting for the neighborhood will be left to rebuild. It is important that they continue to have the help they deserve.

Click here to read the referenced report, 'A City Divided: A Brief History of Segregation in Buffalo.'

Read the editorial on The Buffalo News website, here.