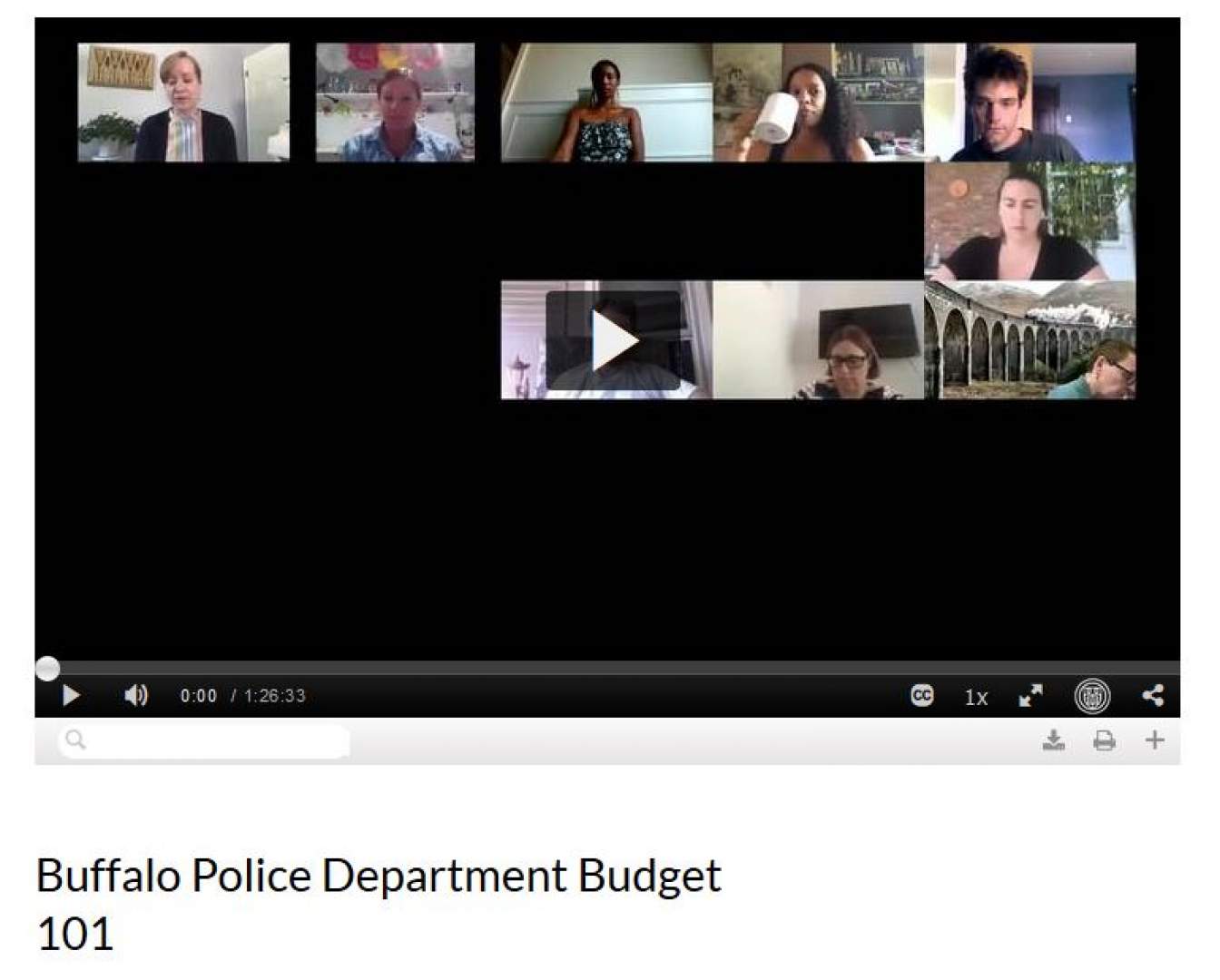 In recent decades, cities across the US have dramatically increased their spending on policing, criminalization, and incarceration--often while decreasing funding for community services, infrastructure, and neighborhood priorities. As Brian Borncamp showed workshop attendees, Buffalo fits right in with this national trend. Since 2006, the City’s overall budget has increased by 27%, while the Buffalo Police Department’s (BPD’s) budget has increased by 57%; the BPD’s budget has increased nearly twice as fast as the overall city budget. When the city’s general budget is only increasing at about half the speed of the BPD’s budget, the BPD budget ends up eating into the funding for other city departments. Brian explained, “what we’re effectively doing over time is de-funding other departments in city hall.”

Since Buffalo residents are spending ever-increasing amounts on policing, has public safety improved over time?  Using city data, Brian showed workshop participants that there is, in fact, no correlation between police spending and public safety. The number of 9-1-1 calls for police service have stayed roughly the same since the mid-2000s, while the number of homicides and cases solved heavily fluctuates each year.

If spending our taxpayer dollars on policing isn’t benefiting public safety, how should we be spending those dollars? Marielle Smith pointed out some clear BPD budget lines that are ripe for cuts (like overtime and court time) and said that Black Love Resists in the Rust is calling for a $12 million BPD budget cut this year. There are countless ways that the City could reallocate those funds to promote public safety and neighborhood well-being, and Marielle provided some examples:

Spending our resources on these sorts of initiatives, our presenters argued, will increase our neighborhoods’ safety and residents’ quality of life.

To make these changes at the city-level, we’ll have to get in at the start of the process. Vanessa Glushefski notes that both the Buffalo Common Council President, Darius Pridgen, and the Common Council Finance Chair, Rasheed Wyatt, are deeply involved in the budget process with Mayor Byron Brown. As residents, we must influence these decision makers before the budget comes out in May of each year. By then, the decisions have already been made.