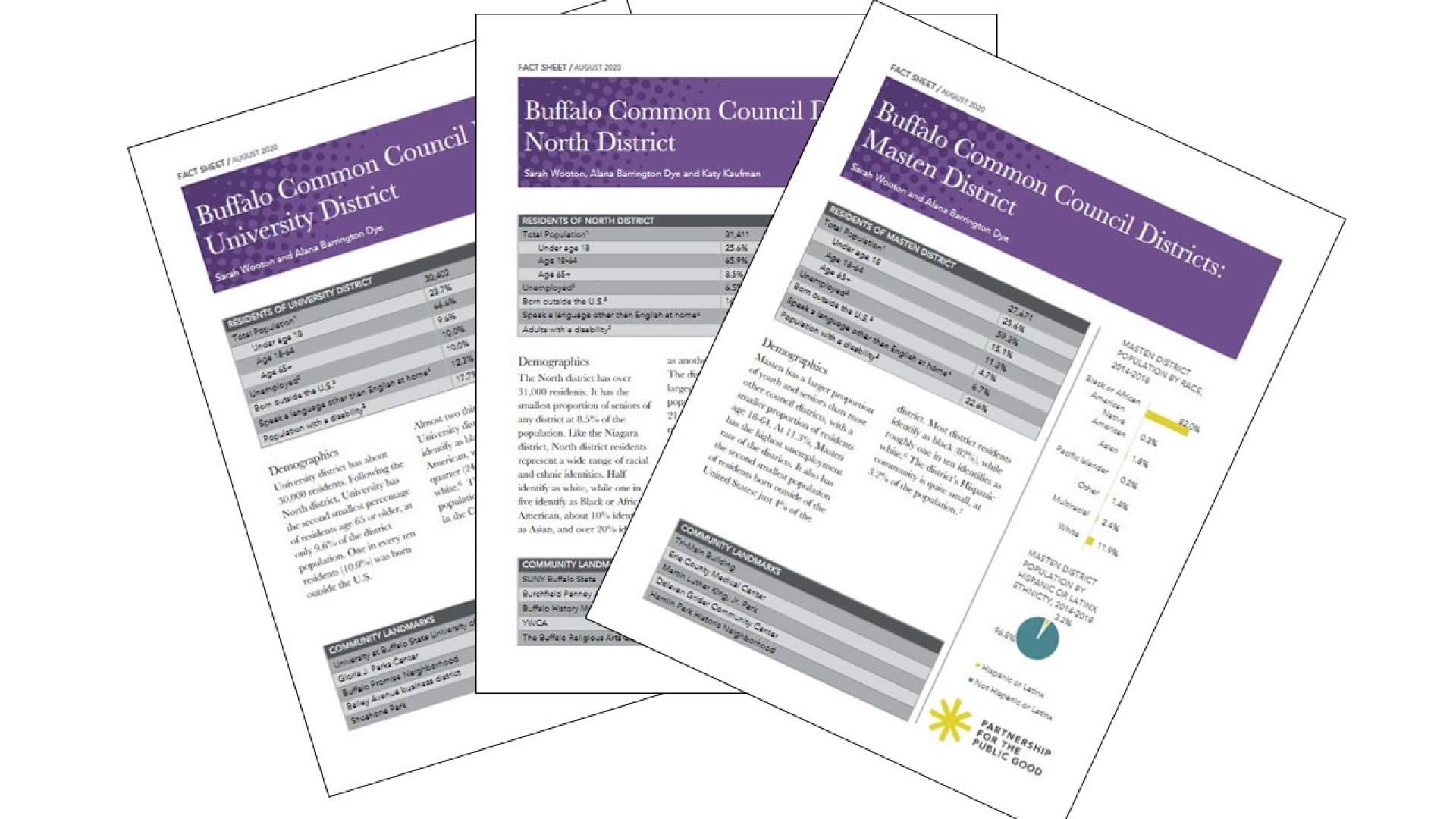 Physically spending time in a district and getting to know the residents of a district is the best way to understand resident concerns as well as the character and history of an area. Yet, we know that when policy decisions are being made, data is a helpful tool. We hope these fact sheets can serve some of the data needs in our Buffalo community.

You can find all nine fact sheets here, on the Buffalo Commons.

A note on data calculations: To create these fact sheets, we used block-level data and assigned each census block group to its corresponding district. For block groups that were split between multiple districts, we used a multiplier that represented the portion of that block group’s population (or number of households) located inside each district’s boundaries. Thank you to Russell Weaver, Economic Geographer at Cornell ILR’s Buffalo Co-Lab, for creating these multipliers.