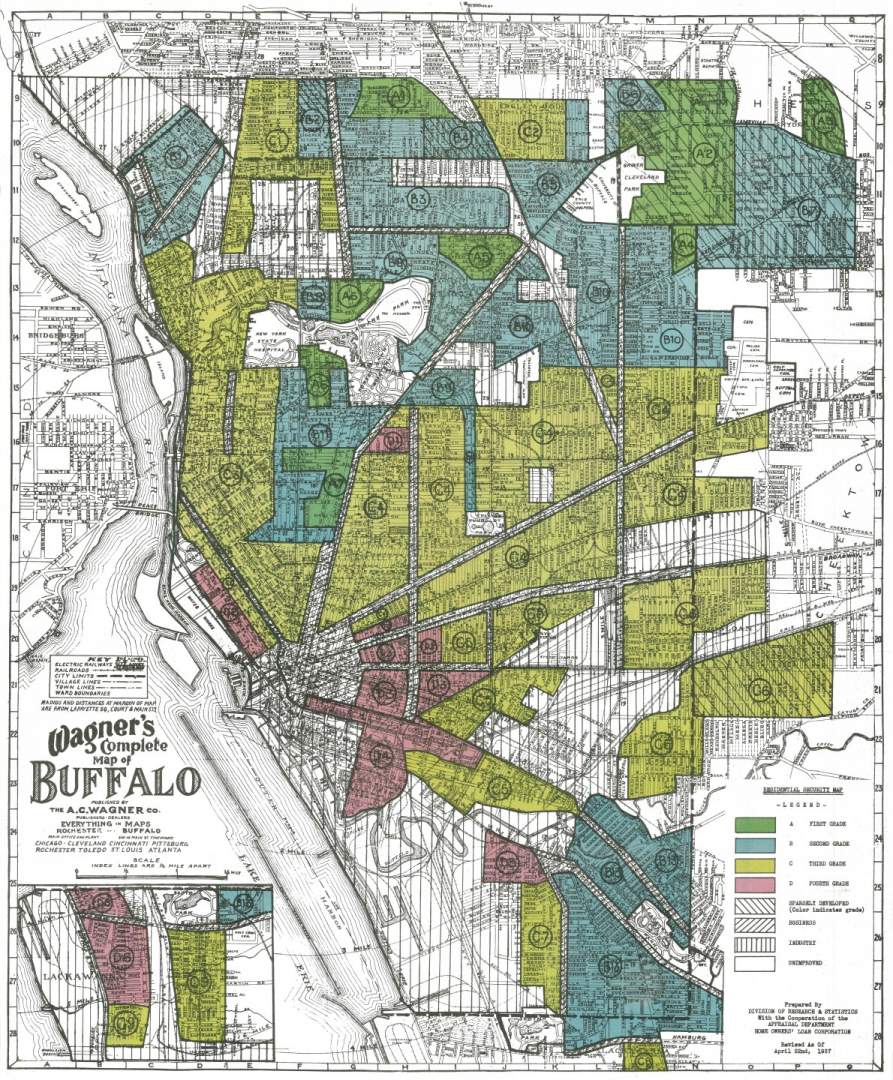 When Pastor George Nicholas steps outside his church in Buffalo’s Masten District, he sees a steady stream of cars making their way down Main Street.

But what Nicholas is really looking at is Buffalo’s invisible dividing line.

To the west is the Elmwood Village, a majority-white area where the medium household income is $51,000 per year. Nardin Academy, Canisius High School and the Saturn Club are less than a mile away.

East of Main Street is where 85 percent of Black Buffalonians live. There -- in a U.S. Census tract roughly the same geographic size as three tracts on the west of Main -- the median household income is just $24,000 per year.

“There’s almost been this acceptance of this as, ‘Oh, that’s just the way Buffalo is,” said Nicholas, pastor of Lincoln Memorial United Methodist Church.

But this stark disparity did not happen organically. If it seems that people looked at a map and drew lines down Main Street dividing the “haves” from the “have nots,” it’s because they did.

Maps drawn in 1937 for the Home Owners’ Loan Corporation -- a federal government agency -- were used by the mortgage industry for decades to deny mortgages in areas where poor people and residents of color lived, a practice known as “redlining.”

“So the federal government created these maps all around the country, these underwriting maps, and they said, ‘Here's where we'll underwrite mortgages and encourage them and here's where we'll discourage them,’” said Sam Magavern, senior policy fellow at the Partnership for the Public Good, a Buffalo nonprofit organization.

Read the full article with interactive map on the Channel 7 (WKBW) website here.