WBFO: "Motions to get involved denied, except for two, in lawsuit over Section 50-a repeal" 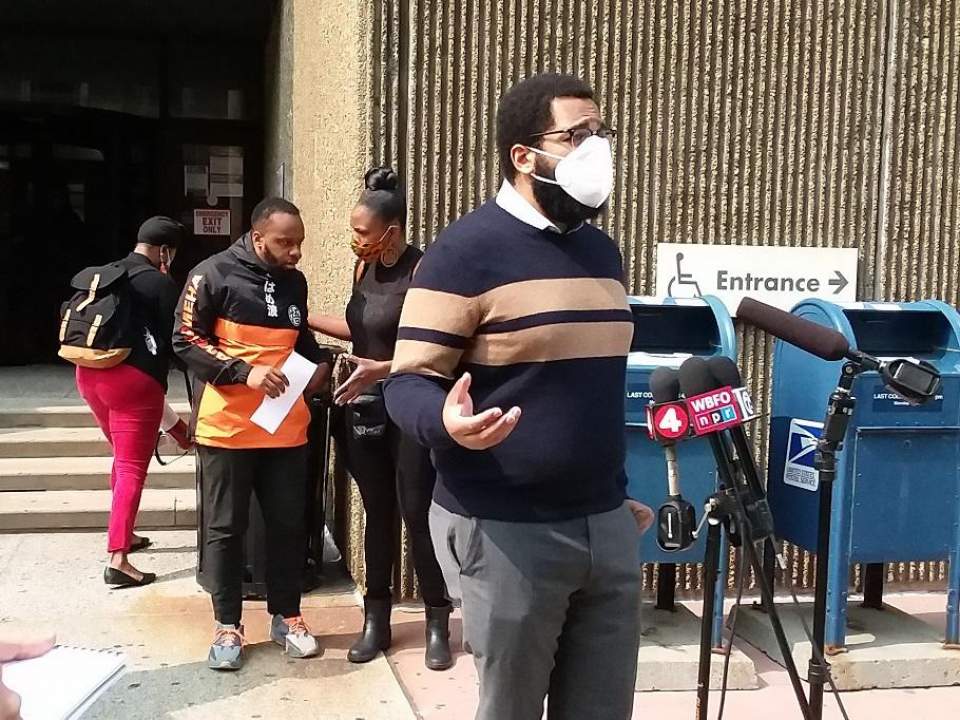 Oral arguments will continue next month in a lawsuit filed by the unions representing Buffalo police officers and firefighters, in their bid to halt the release of certain disciplinary and personnel records to the public. On Wednesday, all but two of several motions by parties looking to get involved in case were denied.

New York Civil Rights Law Section 50-a shielded police disciplinary records from public review and scrutiny. The section was repealed in June. But since then, the Buffalo Police Benevolent Association and Buffalo Professional Firefighters Association have sued the city to keep certain records withheld. Their concerns include the release of records of personnel whose misconduct allegations are either still pending an investigation or were deemed unsubstantial.

On Wednesday, State Supreme Court Justice Frank A. Sedita heard brief arguments before deciding on several motions filed by numerous interests looking to become involved in the case. He granted two motions. One was filed by a legal representative of 26 news media agencies. The other was filed by James Kistner, who has filed a federal lawsuit stemming from an alleged 2017 incidence of police misconduct.

Kistner's attorney, Stephanie Adams, says her client filed his lawsuit in 2018 and was continuing to undergo legal discovery but, upon the action taken by the police and fire unions, her client's ability to collect more information has been directly affected.

"My client was seeking to be admitted as an actual participant in this case with the right to ask for relief, just like any other party in the action," Adams said. "And in this case, the relief he is asking for is what many of the organizations, I think, were there to see happen. Which is, that the police disciplinary records, held by the City of Buffalo need to be preserved. They need to be then made accessible for the people. This is what was guaranteed by the repeal of 50-a and the changes to the Freedom of Information Law."

Among the parties whose motions were denied include the New York Civil Liberties Union, Common Cause, Law Enforcement Accountability Project, and Black Love Resists in the Rust. Judge Sedita explained in the courtroom that he needs to allow the case to focus on the legal analysis and not be turned into a forum.

Prior to Wednesday afternoon's hearing, several community activists gathered on the sidewalk outside 50 Delaware Avenue to express their concerns, and to call upon the city to respect the repeal and release records sought by the public.

"The whole point of 50-a was to make these records public," said J. Miles Gresham, a local attorney not involved with the case. "No other state in the union has a law or had a law that was as secretive as Civil Rights Law Section 50-a when it came to protecting police disciplinary records."

He also expressed concern for this case's potential impact.

"If Judge Sedita rules against the public's right to receive all disciplinary complaints lodged against the police, then that could mean that other judges, when this case comes up or when a similar case comes up in other parts of the state, may look to that decision and rely on it," Gresham added.

Although no misconduct complaints were mentioned regarding Buffalo firefighters, it was explained in court that as part of this legal dispute they are included within the definition of law enforcement with police.