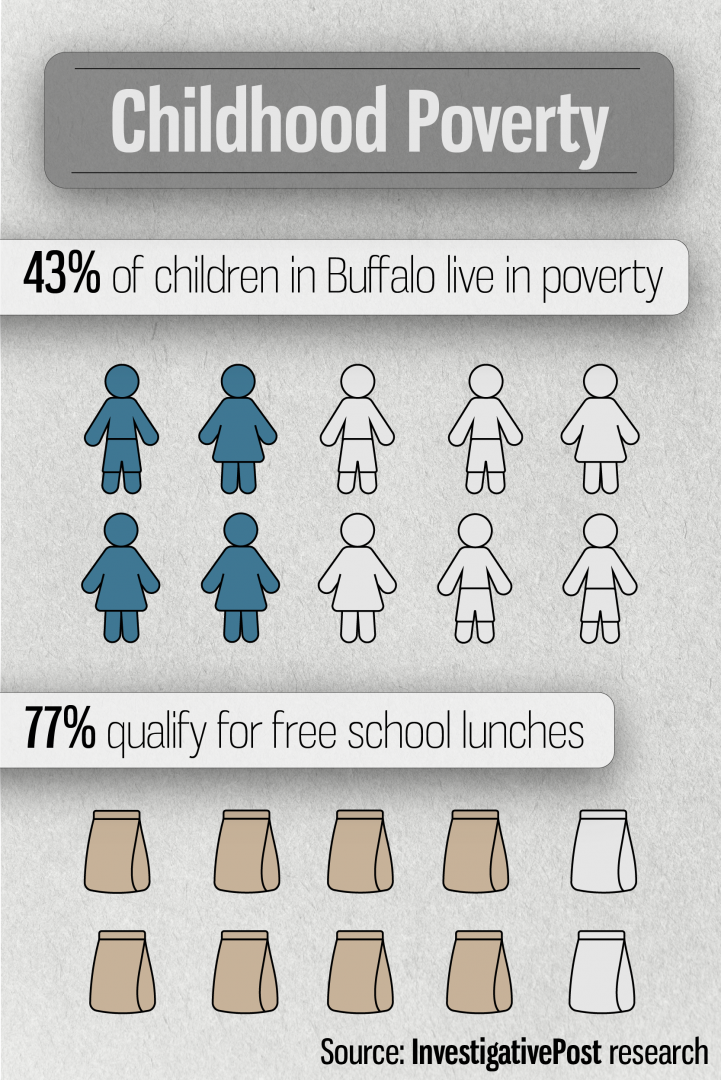 Buffalo ranked as the nation’s second-poorest city when Byron Brown took office in 2006.

The following year, the mayor declared that his administration was working hard to “bring people into the mainstream of Buffalo’s economy” while “taking steps” to reverse the “alarming numbers.”

Even more disconcerting: Buffalo’s childhood poverty rate stands at 43.4 percent, the second-highest rate in the nation. Three-quarters of students attending Buffalo public schools are eligible for free breakfast and lunch.

Brown has suggested that 2020 Census figures showing growth in Buffalo’s population for the first time in decades is evidence that progress has been made under his administration. In neighborhoods where poverty has traditionally been high and where the pandemic has made life even harder for many people, there’s far less enthusiasm.

“The real Buffalo story is that a few have advanced and their lives have gotten better, but too many have been left behind,” said the Rev. George Nicholas of Lincoln Memorial Methodist Church on the city’s East Side.

Henry Taylor, the director of the Center for Urban Studies at the University at Buffalo, has been studying the city’s poverty problems for years. He’s not surprised by Buffalo’s high rankings. He said that’s what happens when a community like Buffalo keeps using the same approach, not just year after year but decade after decade.

“Whatever we’re doing to combat poverty clearly is not leading to any significant decreases in it,” Taylor said.

Andrea Ó Súilleabháin, the executive director of the Partnership for Public Good, said Buffalo has for many years suffered from “concentrated, racialized urban poverty,” which has been perpetuated by policies that “essentially punish people for being poor.”

She cited traffic tickets and late fees for overdue water bills as examples of city policies that have driven up costs for residents who can least afford it.

Two other important issues — wages and expenses — have not received enough attention over the years, according to Súilleabháin.

Research done by PPG shows one-third of jobs in the Buffalo region pay less than $26,000 per year, and more than half of Buffalo residents struggle to pay the rent. Add in child care and transportation costs and Súilleabháin said it’s hard for the typical low-income family in Buffalo to keep pace.

“We haven’t made the policy choices that will do two simple things,” she said. “One is to increase incomes and the other is to reduce people’s expenses.”