This dataset offers some of the demographics and disparities of arrests in the City of Buffalo, based on arrest data reported by the Buffalo Police Department to New York State.

In 2019, the Buffalo Police Department made 8,424 arrests. 57% (4,837 arrests) were for misdemeanor or low-level charges. Low-level drug arrests were by far the most common, making up 29% of all misdemeanor arrests in Buffalo. One charge alone—the lowest-level drug charge in NYS ("criminal possession of a controlled substance in the 7th degree—made up 15% of all arrests and 27% of misdemeanor arrests. This demonstrates the urgent need for alternatives to arrest when police interact with people who use drugs--and for greater harm reduction and community-based approaches as our first priority.

The data also shows that racial disparities continued in arrests in Buffalo in 2019. Black people face higher rates of arrest than White people, noticeably on charges that are subjective and depend upon the perspective and response of police officers. For example, 71% of people arrested for "obstructing government administration" were Black; so were 62% of people arrested for "resisting arrest." Overall, Black people made up 52% of misdemeanor arrests, though they are only 37% of Buffalo's population.

We stand with our partners in calling for dramatic reduction in arrests and police-based interventions. We can implement proven policy solutions such as pre-arrest diversion and civilian oversight to reduce these disparities, and we can invest in community-led safety and health initiatives to truly build thriving safe neighborhoods. 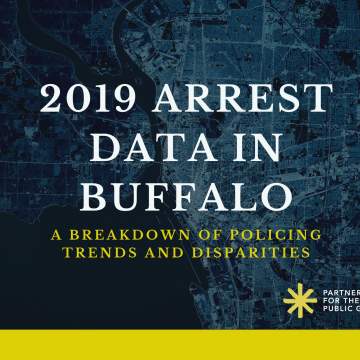 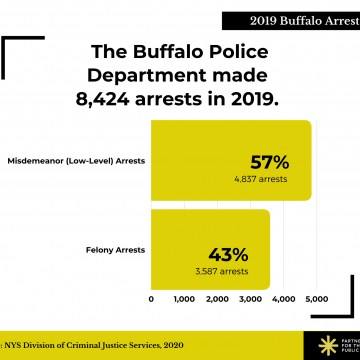 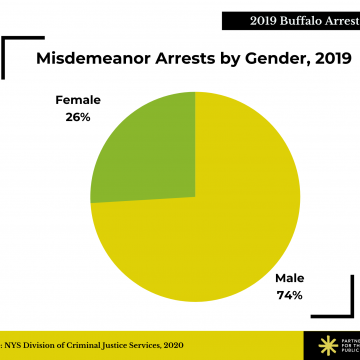 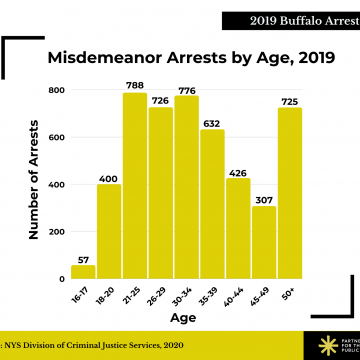 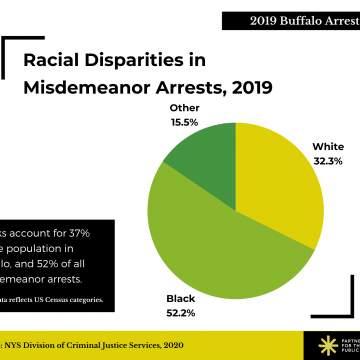 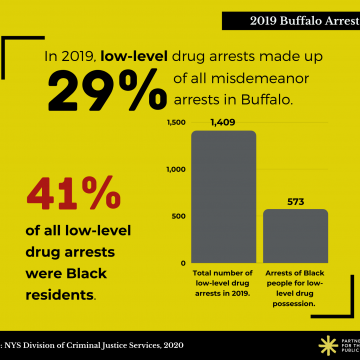 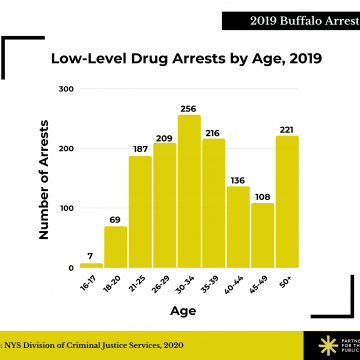 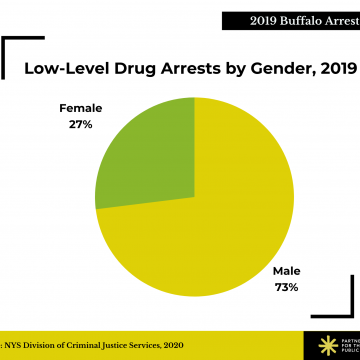 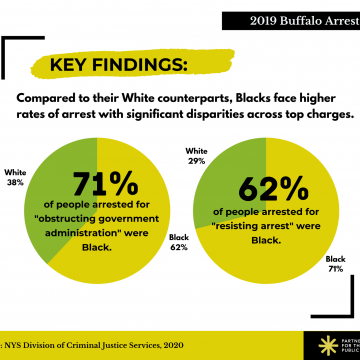 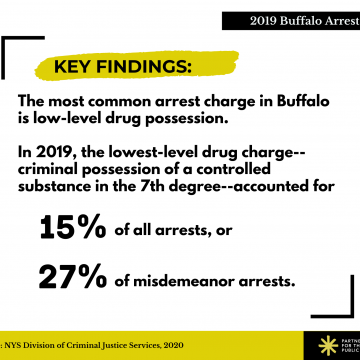 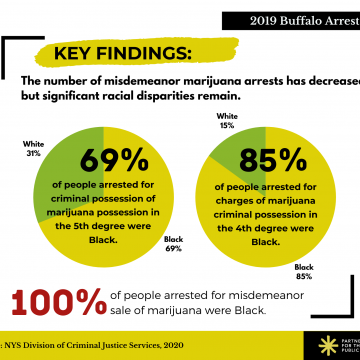