Changes to the Buffalo In-Rem Auction: Kate Lockhart from the WNY Law Center on The Public Good Radio Show 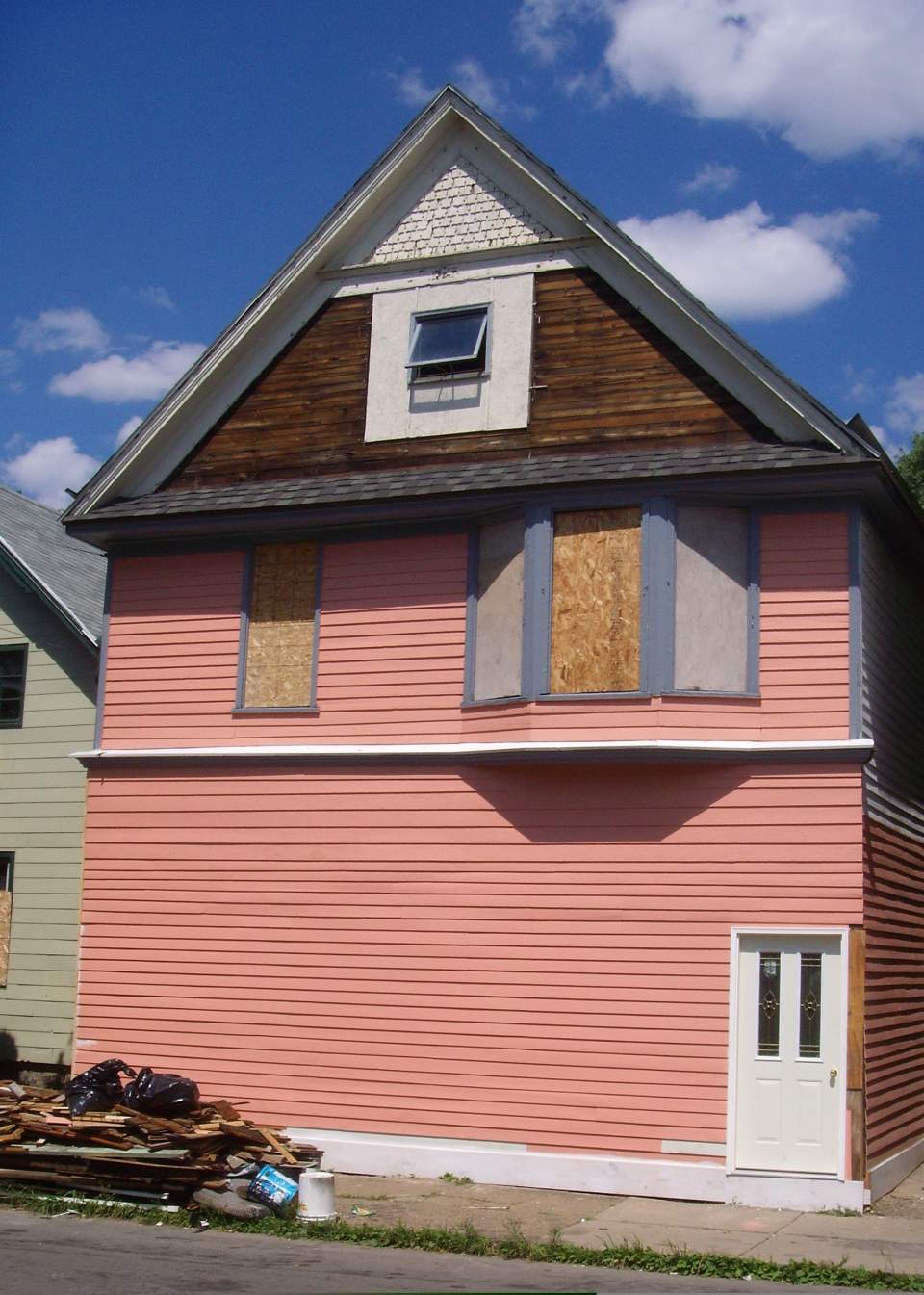 On October 29th, PPG’s Executive Director, Andrea Ó Súilleabháin sat down with Kate Lockhart, Director of the Vacant and Abandoned Properties program at the Western New York Law Center. They discussed the Buffalo Tax Foreclosure Auction (Oct 29-31), recent changes to the auction, and how the City could reform the process to better serve homeowners facing foreclosure.

The City of Buffalo holds an auction every year to sell properties facing tax foreclosure. Most of the properties auctioned are vacant lots. In order to purchase a foreclosed property, a person must pay between 15% and 20% of the total cost up front. If a property does not sell, then it goes up for sale the next year and so on until someone purchases the property. With so many out of town investors, it is often difficult for residents to repurchase their home. With such high costs to purchase homes, local investors have started to approach residents before the auction date and offer to buy the property for as much as the residents owe. This is known as “deed theft”—where investors take advantage of homeowners by buying the homes for less than the investors would pay at the auction.

For a property or home to be foreclosed on, a resident must be two years delinquent on their taxes or user fee. The City typically waits three years before they start to foreclose on a property to give residents time to pay what they owe before they put a house up for auction. The City sends out delinquent letters to people to inform them they need to pay the City back. Homeowners are then allowed to set up payment plans with the City. The Law Center assists residents in this process by offering legal representation for negotiating payment plans. Once a home is up for auction, the City charges an extra $305 fee to the resident for the cost of foreclosure. In the Summer of 2019, 76% of properties at the auction had less than $5,000 of delinquent city taxes owed.

The Law Center is asking the City to begin taking partial payments and for banks to offer no-fee savings accounts. Kate says that these measures will reduce the number of homes foreclosed upon. Typically, people can afford their taxes, but they cannot afford one annual lump sum of taxes, which puts them behind in payments. For example, people living paycheck to paycheck on $800 a month, cannot afford a one lump sum of $1,500 because they have other bills to pay. If the City allows partial payments, people will be able to pay down their balance as they get the funds. Kate also mentioned the Law Center is working with local banks to create savings accounts with no additional fees so that people can prepare for future increases, such as property tax. In theory, each month the bank would take out a small sum from the resident’s paycheck and put it into a savings account. So far, only one bank has agreed to offer this.

Buffalo’s foreclosure process has recently changed. If a house sells at the auction for more than the balance owed, that extra money is called “surplus funds.” The home’s previous owner is entitled to the surplus funds. It’s important the previous owner get the surplus funds because they are usually in a financial pinch and need that money to find an apartment or pay for other necessities.  In the past, the surplus funds would go to the Erie County Comptroller, and the previous owner could apply to get the funds. Starting this year, the City took title to all the properties up for foreclosure before the auction. Instead of the surplus funds going to the County, the surplus funds will stay with the City. Under this plan, Mayor Brown intends for the surpluses to be turned over to the homeowners. However, the Law Center staff say that the legality of this plan is questionable. They also say residents should receive advance notice of the policy change. If these former homeowners don’t know the surplus funds are available, they won’t know to apply to get the funds. Plus, since the City took title prior to the auction, homeowners will not necessarily be entitled to the surplus; instead, the money may stay with the City. This is why the Law Center has reached out to communities to inform residents about their possible eligibility.

The Law Center wants residents to understand the foreclosure process. Just because a resident’s home goes up for foreclosure does not necessarily mean they must move right away. Kate suggests certain steps to take when facing foreclosure:

·         Residents should pay attention to the process, and they should not move until the deed is signed over.

·         Residents should know who legally owes the property.

·         If the new owners are landlords, ask if they will they allow the current residents to stay in the home

The Law Center works with residents to secure a “soft landing,” which means they help residents plan where they will go before moving so that their transition is made easier. You can reach the Law Center at 716-855-0203 extension for the intake line is 118.

This news post was written by Madeleine Thompson, Masters of Social Work student at the University at Buffalo School of Social Work and intern at PPG.