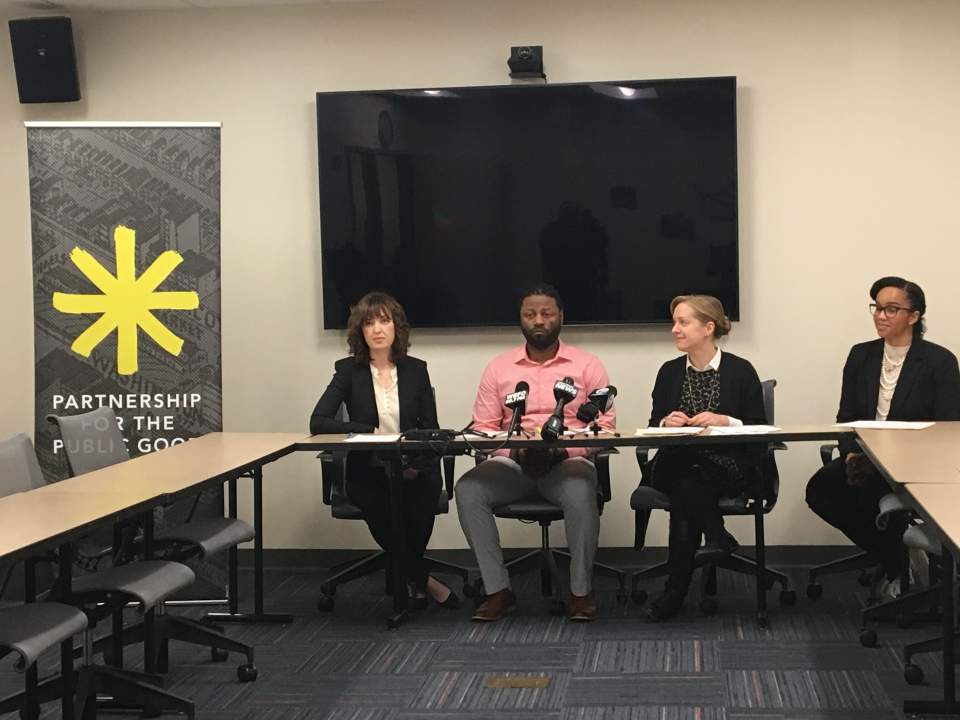 The new laws will end the use of cash bail for most misdemeanors and nonviolent felonies.

The advocates of the new changes said that states that have already eliminated cash bail in such cases haven't seen an increase in crime and that defendants are actually more likely to show up for court appearances.

"It has been studied. It works," said Orlando Dickson, a civic educator with the Partnership for the Public Good, which hosted a news conference Wednesday.

"No one here wants to see people sitting in jail because they're poor," he said, flanked by about a dozen other law enforcement officers.

But he said the new laws go too far. More than 400 criminal charges are on the books for which a judge can impose bail that no longer will qualify, he said.

"Yes, there's a lot of work that can be done with bail reform," he said. "We just want an opportunity to sit down at the table."

Bail reform advocates say that already happened, pointing out that bail reform was debated for about a year and a half before it was passed as part of the budget process last spring.

Andrea Ó Súilleabháin, executive director of the Partnership for the Public Good, countered that the savings from having far fewer people being held in jail pretrial should cover the costs. Erie County District Attorney John Flynn, who has already begun implementing the bail changes, said the the number of people being held pretrial at the Erie County Holding Center has dropped from about 1,000 last September to 600 this September. Estimating that it costs the jail about $164 per day per inmate, that's a saving of nearly $24 million per year, she said.

The advocates also clarified concerns over certain laws – including second-degree robbery and second-degree burglary – that would qualify for automatic release. Rebecca Town, a public defender with the Legal Aid Bureau of Buffalo, said that in general, those cases don't involve physical violence and if there was a violent act involved, a judge will still have the discretion to impose cash bail.

Read the full article on the Buffalo News site here.