Buffalo News: "As fears of an undercount loom, local officials race to prepare for 2020 census" 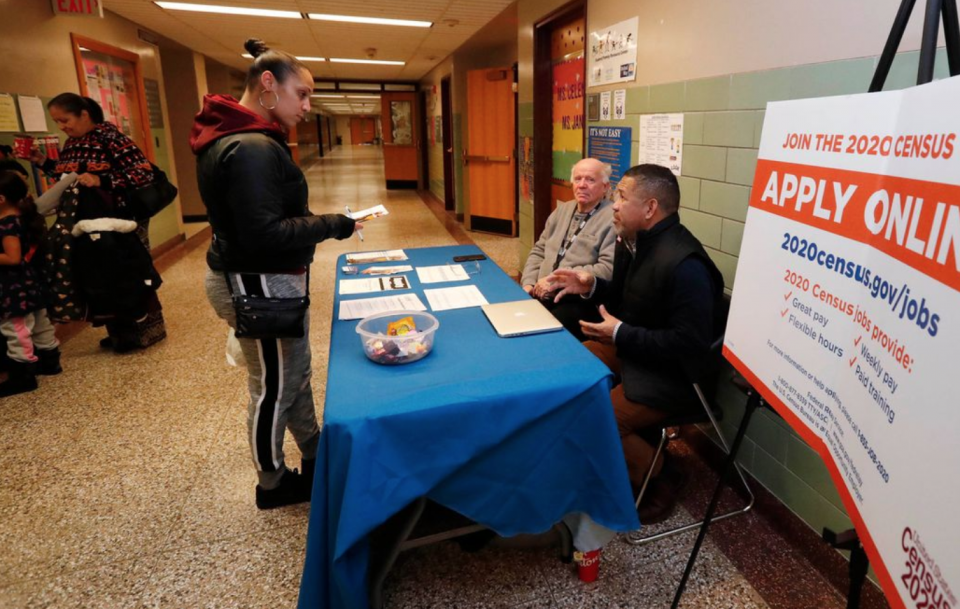 The 2020 national census doesn’t officially kick off until March. But with the specter of past undercounts hanging over them, a coalition of local governments and nonprofit organizations are mobilizing early to “get out the count.”

Some are distributing census pledge cards. Others have planned outreach videos and poster campaigns. At the Buffalo and Erie County Public Library, staff are readying mobile census squads to deploy to churches and community organizations.

Their goal, they say, is to make sure Western New York receives the political representation and federal funding to which it’s entitled. But they’re battling a host of challenges, from lackluster state funding to low public understanding of the count’s consequences.

“Generally speaking, folks don't realize how important the census actually is,” said Anna Blatto, a research associate at the Cornell-affiliated think tank Partnership for the Public Good. “... But when policy and decision makers are actually drafting change at a federal or state or local level, census data is really at the core of those changes.”

Mandated by the Constitution and conducted once every 10 years by the U.S. Census Bureau, the decennial census seeks to collect basic demographic information, such as sex, age and race, for each of America’s 119 million households.

By law, personally identifiable census information cannot be shared with any other government agency or the public until 72 years after it was collected. But governments use the data to determine the number and shape of legislative districts, to apportion county tax dollars, and to direct the resources of a slew of federal housing, education, health care and infrastructure programs, including Medicaid, the Supplemental Nutrition Assistance Program and Section 8 housing vouchers.

Census data also make their way into in a dizzying range of other applications, from business location modeling and federal grants to academic research and news articles. While that may sound abstract, said Jessica Lazarin, the city official heading the Buffalo Count Us In 2020 Steering Committee, it can effectively determine whether communities get the amenities their residents want, such as grocery stores or subsidized pre-K.

In Niagara Falls, where the population now sits at 50,193 people – a breath away from the 50,000-person threshold that determines eligibility for millions of dollars of federal housing and urban development funds – the census’ impact this year could prove especially tangible.

One researcher told NPR during the last census that losing funding would be “crippling” to Niagara Falls.

A 'hard-to-count' place
But the goal of a “complete count” has long proved elusive in Western New York. Both Buffalo and Niagara Falls contain large populations of what the Census Bureau terms “hard-to-count” people, including people of color, immigrants, Native Americans, children under the age of 5 and families headed by single parents.

Advocates say these individuals often can’t be located, don’t possess the language or literacy skills to complete a form, or don’t trust the federal government with their household’s information. As a result, they don’t respond to the Census Bureau – and the final population counts don’t include them.

In 2010, for instance, response rates fell below 60% in parts of Buffalo’s Lower West and East sides, as well as in Lackawanna, downtown Niagara Falls and on the Cattaraugus Reservation. City of Buffalo officials considered challenging the results, citing unexpectedly low numbers in immigrant neighborhoods, downtown and around the Elmwood Village.

That followed another suspected undercount in 2000 and a confirmed undercount in 1990, when the Census Bureau missed an estimated 6,600 African Americans and 1,100 Hispanics in Erie County alone.

“There is a recognition that areas of New York State, including here in Western New York, were undercounted in the past,” said Mary Jean Jakubowski, the director of the Buffalo and Erie County Public Library system. “That impact goes to things like health care and education.”

Next year’s census will also pose additional challenges. Advocates fear a highly public, yearlong legal battle over the inclusion of a controversial “citizenship question” may deter some immigrants from completing the census, though the final forms do not include it.

More than 80% of households also will be asked to complete the census online – the first time the Census Bureau has offered an online option, and an obstacle for some seniors and other populations with low rates of internet access.

All told, at least 1.3 million people in New York State will likely go uncounted next year, according to a June report by the Urban Institute, a nonpartisan think tank.

“There is a concern across the country this year, particularly with [the census] moving online,” said Laura Hill Rao, director of civic and community engagement at SUNY Buffalo State. “So we definitely feel it’s our role and responsibility to support an accurate count in this area.”

Getting out the count
To do that, local officials and community organizations have adopted a two-pronged strategy: First, raise awareness about the census as it grows closer; and later, once the forms go out, provide internet access and trained guides to census-takers.

Hill Rao said Buffalo State, located in one of the city’s lowest-reporting neighborhoods, will work to do both, eventually opening both its library and Grant Street community center to local residents who need computers to fill out their census forms.

Further afield, the public library system also plans to reserve computers at its Central Library for the census, Jakubowski said, and will train staff on the census at all of its 37 locations. In January, the library also will begin reaching out for the first time to churches and community organizations with an offer to bring laptops, high-speed hotspots and trained staff to them. And like many organizations, the library plans to throw some kind of party on April 1 – Census Day.

Ahead of that, Buffalo and Erie County are both scheduling informational sessions for community organizations, churches, block clubs and other interested groups, said Lazarin, the Buffalo official. The city hopes to include census flyers in its regular mailings, like water bills and tickets. And it’s actively coordinating “get out the count” messages with community leaders.

Of particular concern are the city’s immigrants and new Americans, because they may not have the English-language skills to complete the forms. While the Census Bureau offers printed guides in 59 foreign languages – including Burmese, Somali, Bengali and Nepali, which rank among the region’s most-spoken – the actual census form will not be available in those languages, nor will official phone support.

The city is considering producing its own foreign-language videos about the census to fill that gap. Separately, the resettlement agency Journey’s End has begun distributing “pledge cards” to its clients in the refugee community, Lazarin added, while the International Institute and Jericho Road have both obtained funding for census outreach projects.

But such funding is limited, said Andrea Ó Súilleabháin, the executive director of the Partnership for the Public Good: New York State has provided only $20 million of the $40 million advocates requested. An additional $300,000 of private grants will soon become available to local organizations, said Cara Matteliano, of the Community Foundation for Greater Buffalo, with another round of grants expected early next year.

Until then, advocates say they’re working to get the word out with the resources they have. On the oft-undercounted East Side, VOICE Buffalo – a social justice organization – has already had local Census Bureau employees speak at its events and plans to host friendly "get out the count" competitions among churches once the census begins.

“We’re trying to paint the picture that we at least have to be counted to get resources allocated to us,” said Kartika Carr, a lead organizer with VOICE Buffalo. "People have been receptive to that conversation."