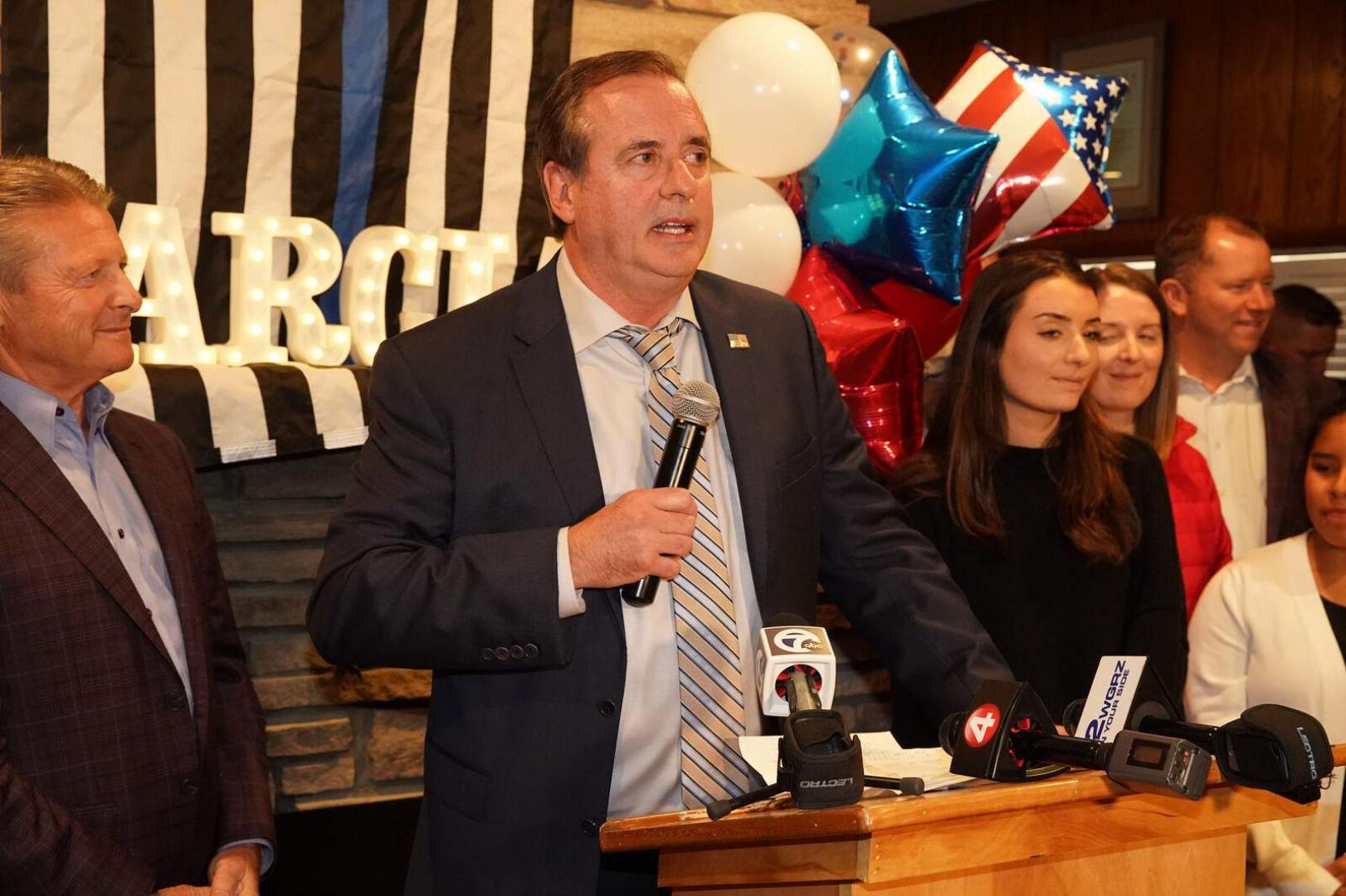 As the campaign heated up, the union representing Erie County’s road deputies threw its support to John C. Garcia, a Republican candidate for sheriff.

“John is the best candidate and understands the needs and concerns of our membership,” union president Timothy Donovan said in June.

Now, Sheriff-elect Garcia has decided Donovan should run an internal office critically important to road deputies – the Professional Standards Division. The unit, a hot topic during the race, investigates complaints against Sheriff’s Office employees, including the union’s approximately 150 sworn members. Those investigations establish the foundation for disciplinary action.

The union represents its members during those disciplinary inquiries and brings disputed cases to arbitration.

So Donovan, in a matter of days, will switch from someone who defends deputies accused of wrongdoing to the top official investigating the allegations.

How aggressive will he be? While the Garcia team did not make Donovan available for an interview, it said he will do well.

“Tim Donovan has demonstrated professionalism and integrity throughout his career,” said Mitch Martin, a Garcia spokesman. “He has a great work ethic, and he has a great deal of community experience.”

Donovan will no longer hold the presidency of the Erie County Sheriff’s Police Benevolent Association come Jan. 1, and he will recuse himself from matters that were in play when he led the PBA and may pose a conflict, the Garcia team said.

Donovan served as the law enforcement coordinator for Crime Stoppers WNY and worked with the Seneca Nation, including its Seneca Mothers Against Drugs, Martin said.

Donovan’s resume, which includes stints as a jail deputy, a road deputy and a detective, makes him well qualified, Martin said. And so does his time as the PBA president, the Garcia camp reasons, because he has “invaluable insight into grievance procedures, contract language, union issues with management and the rules that govern behavior within the office.”

He’s not the first in his family to choose law enforcement. His father, Richard Donovan, was a Buffalo police commissioner and undersheriff and is a Garcia business partner who was active in the campaign.
'Disturbing implications'

The New York Civil Liberties Union has been collecting internal records on police disciplinary cases as part of its “police accountability” initiative and found that police unions often stand in the way of transparency. A key official there says the decision to make the head of the sheriff’s PBA the chief of internal affairs will not inspire public trust.

“Time and time again, law enforcement has proven that they cannot and will not police themselves,” said the civil liberties union’s legal director, Chris Dunn. “…This appointment is an ominous signal that officers will continue to be free from accountability.”
Attorney Miles Gresham, a policy fellow at the Partnership for the Public Good, advocates for police reforms and serves as chairman of the county’s Corrections Specialist Advisory Board. The Legislature formed it to monitor management of the Holding Center and the Correctional Facility.

“Having just come from a position where their job was to defend individual employees against charges brought by Professional Standards, and now all of a sudden they are in charge of bringing those charges, yeah, that is a cause for concern, definitely,” Gresham said. “I think it has disturbing implications for the independence of the Professional Standards Division.”

State leaders in the summer of 2020 made police disciplinary files public records in New York, pulling back the curtain on the internal affairs process at agencies in New York and at the Sheriff’s Office in upstate New York’s most populous county.

By March 2021, the Erie County Legislature was formally questioning incumbent Sheriff Timothy B. Howard on his approach to discipline because of the cases that had come to light. Consider:

With Howard leaving office, the next sheriff’s views on internal discipline grew as a campaign issue. Garcia, like the other candidates, said he would have a strong professional standards unit. “I do not want to work with abusive, criminal bullies,” he said during one public appearance.

Garcia, in announcing Donovan’s selection, said he “possesses the leadership skills and integrity that is needed to serve in this role, and he recognizes its importance." Garcia expects Donovan and the lieutenants who will join his staff – one from each jail and the road patrol – to train deputies and keep them apprised of changes to laws regulating police, said Martin, the sheriff-elect’s spokesman.

Garcia, who ran as the Howard-endorsed candidate, will retain many of the officials Howard appointed to key posts during his tumultuous years in office.

For example, while Thomas Diina will step aside as jail management superintendent to make room for a Garcia appointee, he will occupy a newly created post of chief of community reintegration. Undersheriff John W. Greenan will return to his former job as chief of administration in the Garcia-run Sheriff’s Office. Scott Patronik will continue as chief of technology. Christa Cutrona remains as director of correctional health.