Creativity to the People: Unai Reglero on The Public Good 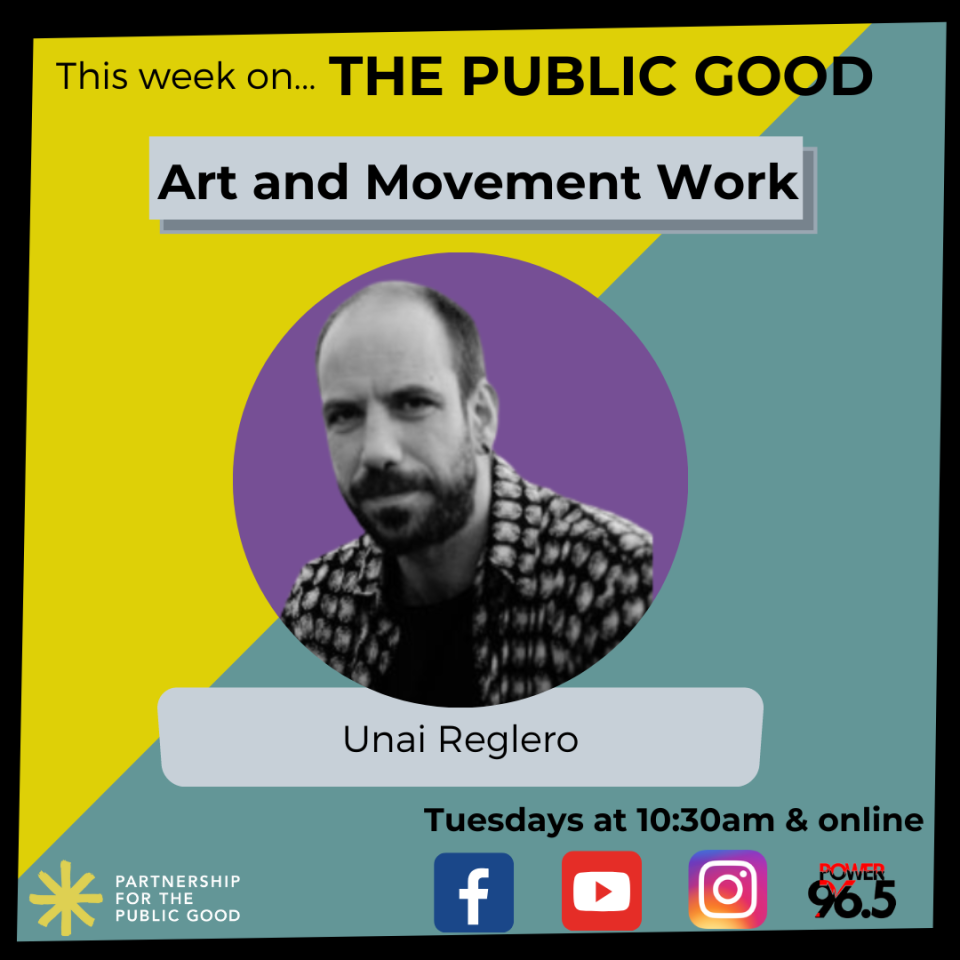 Join us on The Public Good. This week's guest is Unai Reglero, who recently joined PPG as recipient of he Creatives Rebuild New York (CRNY) Artist Employment Program. For the next two years he'll be hosting "Creativity To The People," a creative advocacy agency working to amplify community-based projects and advocacy campaigns.

During this week's show, we'll be discussing Unai's background, the grant, and what "Creativity To The People" plans to accomplish over the next two years.

Unai Reglero is a Spanish visual artist, art director, graphic designer, and cultural organizer. Unai studied in the School of Art and Design of Tarragona, and holds an MFA from the State University of New York at Buffalo. He worked in advertising agencies and his own graphic design and communication studio before founding CaldodeCultivo in 2006, an art collective that creates context-specific politically engaged projects. Their work amplifies the struggles of those who fight for social justice using different artistic strategies, from public installation to film.

And read our news release about Unai, "Creativity To The People," and the Creatives Rebuild New York grant here.